The bag was spotted by autorickshaw driver Vinod Yadav who then handed it over to the Government Railway Police (GRP) of the station. 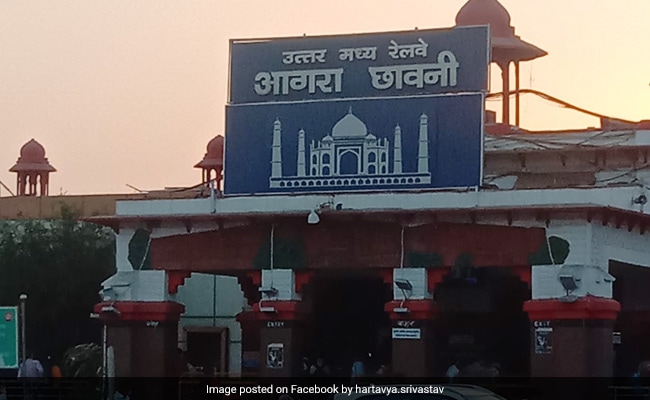 The owner of the bag had arrived in Agra from Bhopal

An autorickshaw driver on Wednesday helped return gold and cash-filled trolley bag to its owner, who had forgotten it at the gate of the Agra Cantt Railway Station, the police said.

The bag was spotted by autorickshaw driver Vinod Yadav who then handed it over to the Government Railway Police (GRP) of the station.

The bag contained a pair of gold bangles, a ring, a pair of anklets, and Rs 75,000 in cash, along with clothes, said a GRP official.

"Vinod Yadav found the trolley bag unattended outside the gate of the Agra Cantt Railway Station and handed it over to the GRP," Sushil Kumar, Sub Inspector at GRP, Agra Cantt Police Station, said.

The police traced the bag's owner - Biri Singh, a resident of the state's Hathras district. He was said to have arrived in Agra from Bhopal.

Mr Singh was located through a contact number found inside the bag and was called to collect his property, Mr Kumar said.

"We called the relatives of Biri Singh, who then contacted him. We asked Biri Singh to collect the bag from the GRP police station premises. After completing the procedure, we handed over the bag to him," he said.

"He was quite happy and thanked us and the driver as he got the trolley bag and valuables items safely," he added.

Vinod Yadav, who has been operating from the station for the past several years, said it was his duty to return the bag.

"I felt very good after returning the trolley bag as it was my duty to hand over the unattended bag to the real owner," he said.

"In past as well, passengers have left their belongings, but rickshaw drivers had returned them safely," he added.

Biri Singh too expressed disbelief at getting his bag back and thanked Mr Yadav and the GRP officials.

"I can't believe that I have got my bag back safely with all my valuables and cash as well. Nothing was missing from the bag. I appreciate the efforts of the autorickshaw driver and GRP," he said.