Kashiram, 72, was admitted to Bina Civil Hospital in Sagar district on Thursday after he was found lying unconscious on the road. 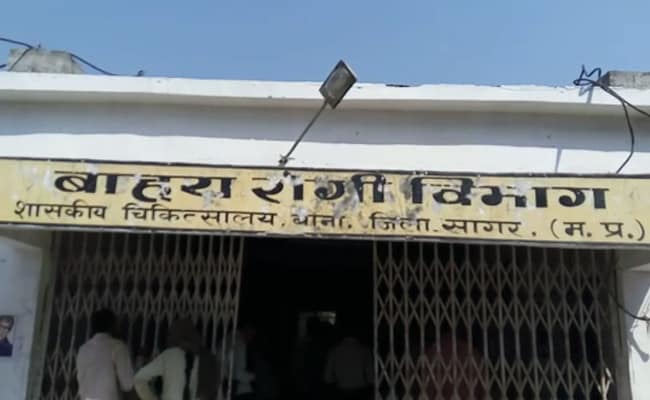 Kashiram, 72, was admitted to the hospital on June 14 after he was found lying unconscious on the road.

An elderly man, in his 70s, spent a whole night inside the mortuary of a Madhya Pradesh hospital after being declared dead. When his body was taken out the next day for post-mortem, he was found alive and breathing. Realising it as a case of grave medical negligence, the doctors soon resumed Kashiram's treatment. He, however, died at 10:20 am at the hospital, the police said.

Kashiram, 72, was admitted to Bina Civil Hospital in Sagar district on Thursday after he was found lying unconscious on the road. The doctor who was on duty, sent a note to the police around 9 pm to inform that Kashiram had died. A hospital employee delivered the note to police station in Bina.

"On Friday morning, when the police station staff reached the hospital for the body's post-mortem, the elderly man declared dead on Thursday night was actually found to be alive," senior police officer Vikram Singh said.

"The on-duty doctor was informed about it, who also confirmed that the elderly man was still alive, after which his medical treatment was resumed. However, the old man died at 10:20 am, which was again intimated to the police station," he added.

The policeman said that Kashiram, who was first admitted to the hospital on June 14, was alive the whole night. "It's a case of negligence. We will inform about this to the district administration and action will be taken per law," the officer said.

"The negligence done by the doctor will be investigated. We have instituted an inquiry against the doctor who issued the memo," Dr RS Roshan, chief medical officer, said.