Sudesh was jailed in his 13-year-old daughter's murder case and was out on parole since the Covid pandemic struck. 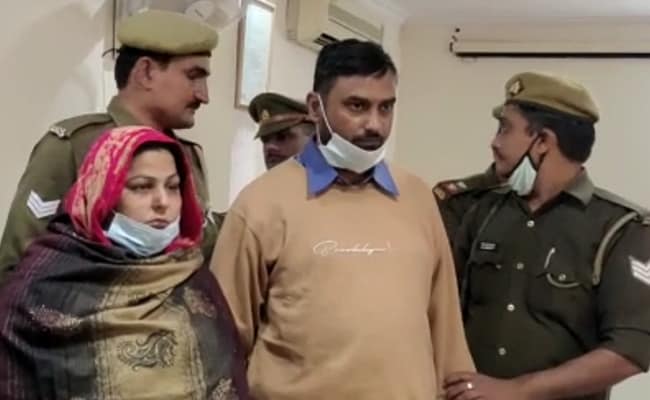 Sudesh and his wife have been arrested, Ghaziabad police said.

A man jailed in his 13-year-old daughter's murder case allegedly committed another murder and tried to pass off the body as his own to escape going back to prison after parole, Ghaziabad Police said today.

Sudesh's wife allegedly colluded with him in the grisly plot, the police have said, adding that the couple has been arrested.

It all started on November 20 when police found a body in the Loni area of Ghaziabad with its face severely burnt. On searching the garments on the body, Sudesh's Aadhaar card was found. When police reached out to his wife, she identified the body as Sudesh's.

Police later got information that Sudesh is alive. On checking CCTV footage of the area the couple lived in, a man resembling him was spotted carrying something resembling a corpse on his bicycle, police said.

After getting a tip-off that Sudesh would soon visit his wife, police raided his home and took him into custody. On being questioned, Sudesh said he was jailed in his 13-year-old daughter's murder case in 2018 and had been released on parole during the Covid pandemic, police said. He was scared that his parole might end soon and he may be convicted in the murder case.

To escape going back to prison, he hatched the plot to kill someone and fake his death, police said.

To execute this plan, he called a labourer on the pretext of repair work at his home. He then got the labourer drunk and allegedly killed him by repeatedly hitting him on the head with a wooden cot leg.

Sudesh then burnt the labourer's face so that he cannot be recognised and disposed of the body, police said.

Iraj Raja, Superintendent of Police for Ghaziabad Rural, told the media, "The couple had hatched an elaborate plot, but police managed to crack this blind murder case. This team will be awarded for its work."