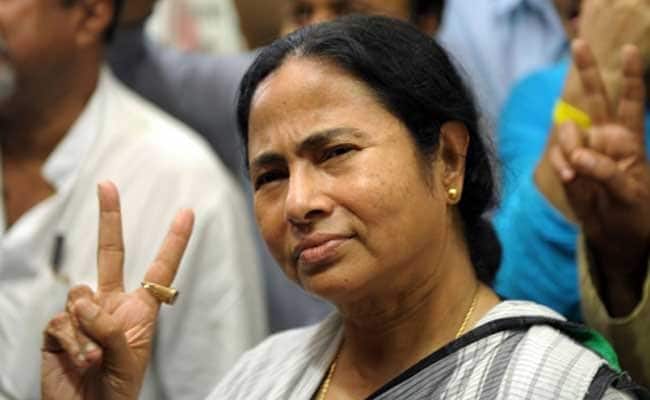 West Bengal Chief Minister Mamata Banerjee has urged a group of chief ministers, set up by the Centre, to consider the need to waive institutional loans of farmers and the formation of adequate budgetary provision for it by the union government.

Stating that she would not be able to attend the sub-group's scheduled meeting in New Delhi tomorrow as the invitation reached late, Ms Banerjee wrote to Mr Chauhan mentioning her suggestions.

"Institutional loans of farmers, especially small and marginal farmers, need to be waived and adequate budgetary provision for the same has to be made by the Union Government," she wrote to Mr Chauhan.

"All attempts have to be made to increase the income of the farmers substantially within the shortest possible time and for this purpose all the programmes of the Government have to be converged on farmers' welfare," Ms Banerjee suggested.

She also stressed on the need to increase the 100 days work under MGNREGS to another 100 days for "better convergence of agriculture and horticulture sectors for enhancements of farmers' income and livelihood".

The Trinamool Congress supremo suggested that a minimum support price (MSP) for procurement of major crops of different states must be declared and an institutional mechanism may be put in place to ensure that the farmers get the MSP.

"All the farmers including landless farmers/ labourers, engaged in farming need to be covered under Kisan Credit Cards and average loan given to each Kisan Credit Card holder should start from Rs two lakh," her suggestions read.

Citing example of the Bengal's government's Jal Dharo Jal Bharo scheme, she stated that schemes for recharging ground water should be taken up as priority through convergence with the schemes for water harvesting and "MGNREGS funds should be used along with other departmental funds for this purpose."

She also suggested on the necessity of providing subsidy on exports of farmers' produce. The Chief Ministers of Andhra Pradesh, Bihar, Gujarat , Uttar Pradesh, West Bengal and Sikkim along with the NITI Aayog member Ramesh Chand are the members of the sub-group.