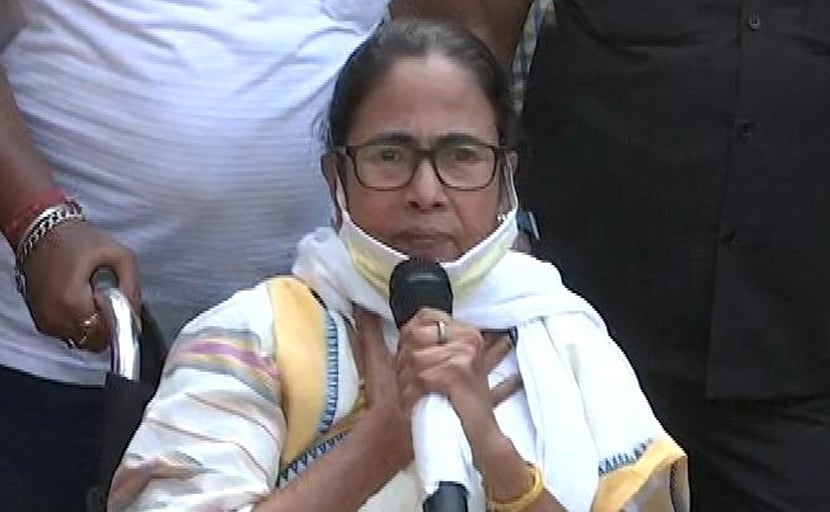 Why no complaint has been filed against Narendra Modi, asked Mamata Banerjee (File)

West Bengal Chief Minister Mamata Banerjee on Thursday reacted sharply to the Election Commission's notice over her recent remark in which she had asked Muslims to not divide crucial minority votes among other parties. Accusing the poll panel of ignoring Prime Minister Narendra Modi's alleged transgressions of the election rules, Ms Banerjee said she would always stand against the division of voters on religious lines even if she received "10 show-cause notices".

"You (EC) can issue 10 show-cause notices to me, but my reply will be the same. I will always speak against any division in Hindu, Muslim votes. I will always stand against division of voters along religious lines," Ms Banerjee was quoted by news agency PTI as saying.

"Why no complaint has been filed against Narendra Modi, who every day talks about Hindu and Muslim (vote banks)? How many complaints have been filed against those who had uttered the word ''mini-Pakistan'' during the Nandigram campaigns?" she said, referring to her confidant-turned-rival Suvendu Adhikari.

The Election Commission issued a show-cause notice to the Trinamool chief on Wednesday for "openly demanding votes on communal grounds" during her campaigning in Hooghly on April 3.

The Election Commission had also quoted Mamata Banerjee's remark that prompted the notice. "... I am requesting my minority brothers and sisters with folded hands... don't divide the minority votes after listening to the devil... who had taken money from the BJP...? He passes many communal statements and initiates clashes between Hindus and Muslims... comrades of the CPM and BIP are roaming around with money given by BJP to divide the minority votes".

The 27 percent Muslim votes in Bengal are critical for Mamata Banerjee's return as the Chief Minister. However, there are concerns in the Trinamool camp that two new entrants in Bengal politics - Asaduddin Owaisi's AIMIM and the Indian Secular Front - can divide the minority votes, which could benefit the BJP.

Earlier this week, PM Modi had said that Ms Banerjee's appeal to the community was proof that she didn't have confidence on her Muslim vote bank.

"Dear Didi, recently you said all Muslims should unite, and not allow their votes to be divided. You are saying this means that you are convinced that the Muslim vote bank has also gone out of your hands, the Muslims have also turned away from you," he had said.