Congress leader Gaurav Gogoi also questioned why Mamata Banerjee has not given credit to Rahul Gandhi for the massive victory. 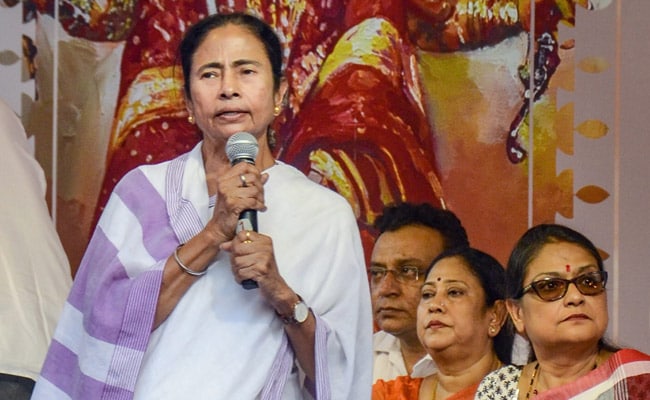 After its good show in the assembly elections, the Congress on Wednesday asked if Trinamool leaders were having "sleepless nights" fearing their dream of Mamata Banerjee becoming the prime minister may not be fulfilled.

At a rally in Kolkata, Congress leader Gaurav Gogoi also questioned why Mamata Banerjee has not given credit to Rahul Gandhi for the massive victory.

"When the entire country has congratulated Rahul Gandhi and the Congress for its victory in three states, only Mamata Banerjee has not. Is she not happy with the victory of Congress?," Mr Gogoi said.

Although, the West Bengal Chief Minister had congratulated the winners, she had stopped short of naming either Congress or Mr Gandhi.

The Congress won three Hindi-heartland states of Madhya Pradesh, Chhattisgarh and Rajasthan, where BJP was in power.

Senior Congress lawmaker Adhir Chowdhury said the Trinamool is having "sleepless nights" as victory of Rahul Gandhi in the three states has put a big question mark on the party's "dreams of Banerjee becoming the next prime minister has gone for a toss".

"Now their (TMC leaders) dreams are shattered as they know that Rahul Gandhi will be the next prime minister. That is why they are not ready to give Congress and Rahul Gandhi their due credit," Mr Chowdhury said.

Criticising the "political duplicity" of the Trinamool, Gogoi said TMC speaks against the undemocratic attitude of BJP but itself functions in an "undemocratic and authoritarian way" in Bengal.

"This political duplicity will no longer work. On the one hand TMC speaks of democratic values when it goes to opposition meets in Delhi and when it comes back to Bengal it tries to throttle the voice of opposition parties in most undemocratic ways. The Congress high-command is very well aware of the double standards of TMC," Mr Gogoi said.

Several senior Congress leaders addressing the rally blamed the ruling Trinamool and its policies for the "growth of communal forces" in the state.