Her Hand Was Chopped Off By Her Husband. Mamata Banerjee Told Her...

West Bengal Chief Minister Mamata Banerjee assured the nurse, Renu Khatun from Chinispur of Ketugram that the state government will take care of all expenses to treat her severed right hand. 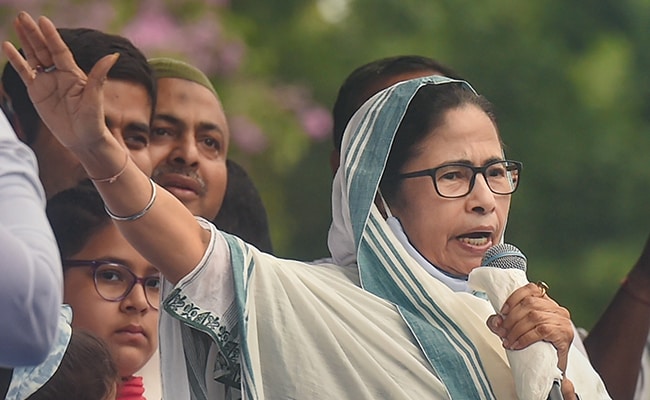 Mamata Banerjee said that she has instructed the chief secretary.

West Bengal Chief Minister Mamata Banerjee Wednesday assured the nurse, whose hand was allegedly chopped off by her husband, of a government job and an artificial hand.

She also assured the nurse, Renu Khatun from Chinispur of Ketugram that the state government will take care of all expenses to treat her severed right hand.

Mamata Banerjee said that she has instructed chief secretary H K Dwivedi to find out why Khatun had to spend Rs 57,000 despite having a Swathya Sathi card.

"We are doing three things for Renu Khatun (the nurse). Since she was on number 22 on the panel in the nursing examination and now that she does not have her right hand, we will offer her a job which she can do while being seated," Mamata Banerjee told reporters here.

"We will also help her by providing an artificial hand. Besides, the state will take care of all expenses she had to bear for her treatment. She had to pay Rs 57,000 despite having a Swasthya Sathi card of the government and that is not accepted. I have asked the chief secretary to find out the reason," she added.

In an incident that shook the people, 23-year-old Renu Khatun's husband, his two friends and her parents-in-laws allegedly over powered her and chopped off her right hand with a machete at her marital home in Purba Barddhaman district on Sunday apparently to stop her from working as a nurse at a government hospital.

Renu Khatun was rushed to a private hospital in Durgapur after two government hospitals referred her to Calcutta for treatment. She underwent an operation in the Durgapur hospital.

Police have started a probe on the basis of a complaint from Azizul Haque, the nurse's father.

The woman had completed her diploma course in general nursing and midwifery from RG Kar Medical College and Hospital in 2018.

Her husband, who is an electrical engineer and runs a small grocery store of his father, was opposed to Renu's decision of working and tortured her. Police has arrested Renu's parents-in-law and apprehended her husband, who went absconding after the incident. Search is on for his two friends who were allegedly involved in the matter.