Bengal Chief Minister Mamata Banerjee tweeted that she had earlier accepted the offer to travel to China at the foreign ministry's request. 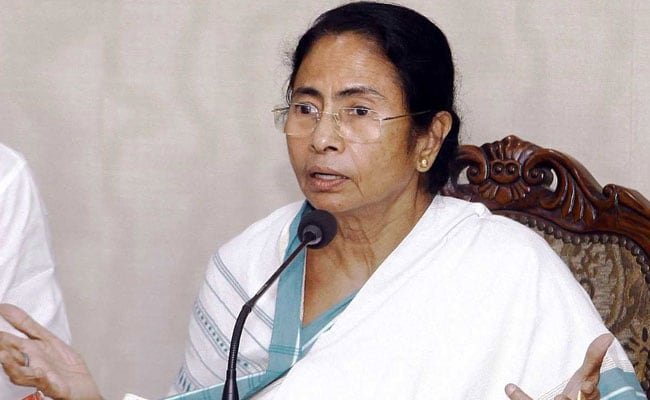 KOLKATA: Chief Minister Mamata Banerjee today cancelled her nine-day trip to China hours before she was to fly out after Beijing didn't confirm her meetings with the communist party's leadership "at an appropriate level".

The cancellation was announced by finance minister Amit Mitra at a hurriedly-called press meet in the state secretariat at 2.30 pm. She was scheduled to fly out on Friday night.

"Till yesterday everything was going on well but unfortunately the Chinese side could not confirm the political meetings at appropriate level," he said, reading from a statement.

Hours later, the Chinese consulate in Kolkata, which had played a key role in organising the visit, put out a statement that suggested Ms Banerjee may have acted with haste.

"At the time the announcement was made, the Chinese side was still working on the arrangements and remained in contact with the Indian Embassy in China," the consulate said in a statement.

Mr Mitra said Foreign Minister Sushma Swaraj, who is presently out of the country, and Foreign Secretary VK Gokhale have been informed about her decision.

Soon after,  Mamata Banerjee put out a series of tweets on her China visit in which she said,  the visit would not have served any purpose since the Chinese side did not confirm the political meetings.

"Therefore, the purpose of my visit with a delegation to China under the exchange programme is of no use," Chief Minister Mamata Banerjee tweeted.

"However, I wish the continuation of the friendship of India and China in the days to come and it should strengthen further in the interest of both the countries," she added.

Foreign Minister Sushma Swaraj had asked the Chief Minister to make the visit in March this year under the government's exchange programme with the Communist Party of China's international department.

"Till yesterday everything was going on well but unfortunately the Chinese side could not confirm the political meetings at appropriate level," she said.

The Indian Ambassador to China Gautam Bambawale had tried his best to make the programme a success but the meetings proposed by the Indian side could not be confirmed by the Chinese authority.

This isn't the first time that Ms Banerjee's plans to visit China have run into trouble.

Promoted
Listen to the latest songs, only on JioSaavn.com
She was expected to travel to China to seek foreign investment in 2017 but it did not work out because of the tensions at that time over Doklam. According to reports, the foreign ministry had then advised her not to visit.

This time also, she had hoped to reach out to industrialists at events to be held in Shanghai. But her sudden cancellation has taken china watchers aback.