"You Can't Do Politics With Blood Of Jawans": Mamata Banerjee Attacks PM

Mamata Banerjee addressed PM Modi as 'Modi Babu' and demanded to know why the Pulwama attack had happened and where he was when it did. 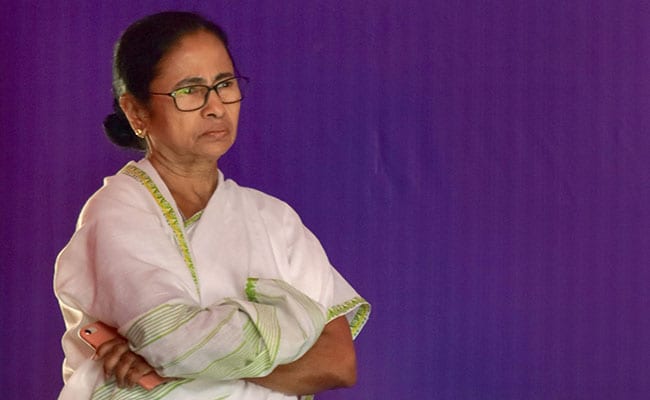 Since the Pulwama terror attack of February 14, Mamata Banerjee has been hinting that the tragic incident could have been prevented if action had been taken on existing intelligence inputs and if the jawans had been airlifted instead made to drive from Jammu to Srinagar.

Speaking at a cure committee meeting of the Trinamool in Kolkata, she addressed PM Modi as 'Modi Babu' and demanded to know why the Pulwama attack had happened and where he was when it did.

Ms Banerjee accused the prime minister of having advance intelligence of the attack but doing nothing. "You can't do politics with the blood of jawans," she said.

The West Bengal chief minister also urged her party workers to keep a sharp eye out for EVM and VVPAT as she had heard BJP was spending a lot of money on manipulating them.

"They are trying to manipulate EVMs in Bengal. We have got information about trying to manipulate in Bengal. They have given an organization the job. They are claiming they will get 23 or 24 seats. They are hoping to tamper EVM machines and get them. We will show them. We will fight for every inch. It's not so easy. Those you entrust the job with of fixing EVMs, they will turn against you. You are thinking you can do everything with muscle power? No, it won't. Modi Babu's days are over. Traitors' days are over. The bell is tolling. Parivartan is coming," Ms Banerjee said.

While the BJP did no moment on this charge, it reacted angrily to Ms Banerjee's comments on the Pulwama attack.

"You knew the incident was going to happen in advance. You have the information. The government has an intelligence input. There were government instructions. And why were the jawans not airlifted that day, why were they pushed into the jaws of death without Nana checking, without sanitising the road? Because you wanted to do politics? One can fool some of the people some of the time... But not all the time, " she added

Dilip Ghosh, BJP state president, said, "People in our country are saying our neighbour is creating trouble here, killing our soldiers and they want revenge. But she is asking why? Is she with this country or with Pakistan? She has to explain this."