Anil Ghanwat, who was nominated to represent the farming community in the committee, wrote to Justice NV Ramana, "I feel that the report has not been given any attention by the Hon'ble Supreme Court" . 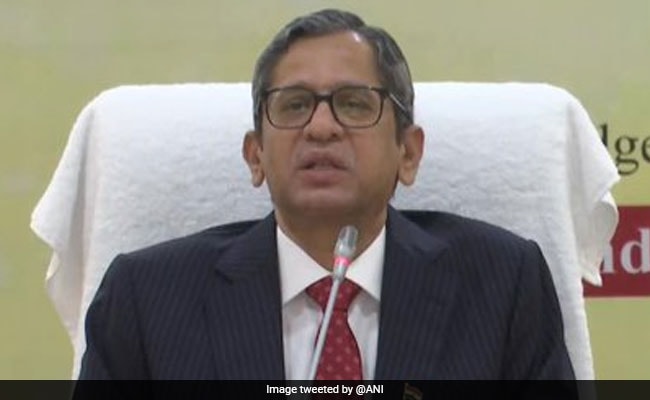 In January, the Supreme Court suspended the implementation of the new farm laws.

A member of the Supreme Court-appointed panel on farm laws has written to Chief Justice of India NV Ramana, seeking that a report submitted on the issue be made public. The panel had submitted its report in March this year. "I feel that the report has not been given any attention by the Hon'ble Supreme Court," wrote Anil Ghanwat, who was nominated to represent the farming community in the committee.
Mr Ghanwat's letter comes amid an escalation of the long agitation by farmers following police violence on a group of protesters in Haryana's Karnal.

In January this year, the top court had suspended the implementation of the three farm laws that set off protests across the country, and formed the committee to report on the laws.

The committee, he said, had incorporated opinions and suggestions from all stakeholders and the report has addressed "all apprehensions of the farmers".

"The Committee was confident that the recommendations will pave the way to resolve the on-going farmers' agitation," he added, seeking a public debate on the report.

"I am humbly pleading to the Hon'ble Supreme Court to kindly release the report for implementations of its recommendations for peaceful resolution of the stalemate to the farmers' satisfaction at the earliest," he added.

The umbrella group of farmers, the Samyukt Kisan Morcha which is spearheading the farmers' agitation against the centre's three farm laws, gave the call for today's protests.

Besides cancellation of the laws, they also seek a police case against an IAS officer in Karnal, who ordered the police to "crack" the heads of protesters. Ten people were injured in the violence that followed on August 28.