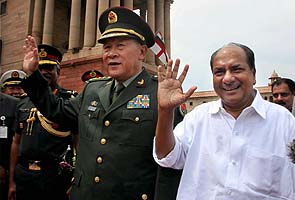 Two Embraer and an Avro aircraft were sent to Mumbai to fetch the delegation to Delhi for delegation-level talks. These aircraft were from the communication squadron of the IAF which is tasked to ferry senior officials and dignitaries including the Indian Prime Minister and the President.

The normal custom is to hand over mementos by the visiting delegation; money is never handed over. IAF officials said when Indian dignitaries travel on these aircraft for foreign trips, they gift small mementos as a token of appreciation to the aircraft crew.

The money was handed over to pilots as mementos in two packets. Once the pilots opened the packets and realised that money had given they informed the IAF headquarters which in turn has written to Ministry of Defence. The money will be deposited in the Government treasury tomorrow morning.

Although India-China relations appear to be normalising, New Delhi should take this issue seriously and return the money back to China, even though such a step could unsettle the fragile relationship.

This is not the first time that protocol has been beached by the Chinese. In 1991 Prime Minister Li Peng also handed over an envelope containing Rs 500 to the Intelligence Bureau (IB) officer who was his liaison officer. The money was immediately returned back to the Chinese embassy.

Promoted
Listen to the latest songs, only on JioSaavn.com
The Chinese Defence Minister, who is on a five-day India visit, had arrived in Mumbai on Sunday. He was provided an aircraft for inland travel by the Defence Ministry.

Yesterday, before the beginning of talks, General Guang had thanked his Indian counterpart A K Antony for the arrangements made for him and his entourage by India.