The accident took place place today two nautical miles from the shore of the Arabian Sea. A boat with over 30 students capsized in Maharashtra's coastal town of Dahanu.

At least two school children died in Maharashtra this morning after a boat carrying 40 students capsized off the coast of Dahanu in Palghar district, police said. The accident took place place today two nautical miles from the shore of the Arabian Sea. Search and rescue operations have been launched with Navy and Coast Guard teams being sent to the area. The incident took place at around 11:30 this morning. According to the local police, 32 children have been rescued so far and the remaining children are still missing.

Here are the highlights on the Maharashtra boat capsizing in Dahanu:

Jan 13, 2018 23:16 (IST)
The private boat was carrying 40 students of Ponda School and Junior College in Parnaka in Dahanu and capsized around 11.30 am, Superintendent of Police, Palghar, Manjunath Singe told news agency Press Trust of India.
Jan 13, 2018 22:14 (IST)
One of the students, injured in a boat tragedy, being treated at a hospital Dahanu in Palghar district of Maharashtra Jan 13, 2018 20:42 (IST)
Coast Guard Official Says Boat May Have Capsized Due To Weight Imbalance
Incident happened at 11 am,boat might have capsized due to imbalance. With coordinated effort of all agencies and local fishermen 32 students were rescued, 2 pronounced dead,1 unidentified body found: Commandant Vijay Kumar, Coast Guard
Jan 13, 2018 17:48 (IST)
President Ram Nath Kovind has offered his condolences to the families of those killed in the tragedy. "Anguished to hear of boat carrying schoolchildren capsizing in Dahanu, Maharashtra. State government has rescued most of the passengers and is making efforts to trace those still missing. My condolences to bereaved families," the President tweeted.
Jan 13, 2018 17:38 (IST)

Heartbreaking news out of #Dahanu, a boat with 40 students capsizes. Our deepest sympathies with the families of the 4 dead. We hope the everyone else comes home safely. 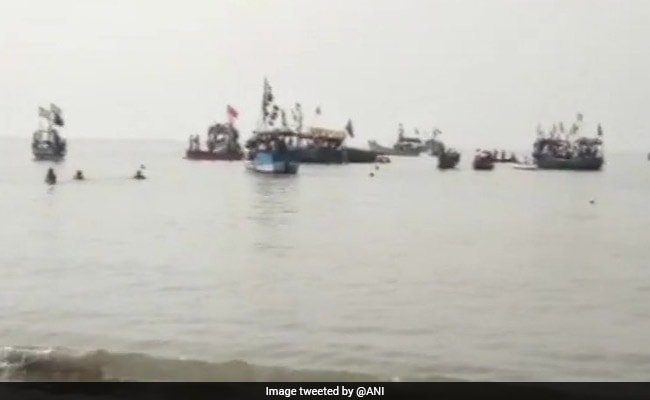 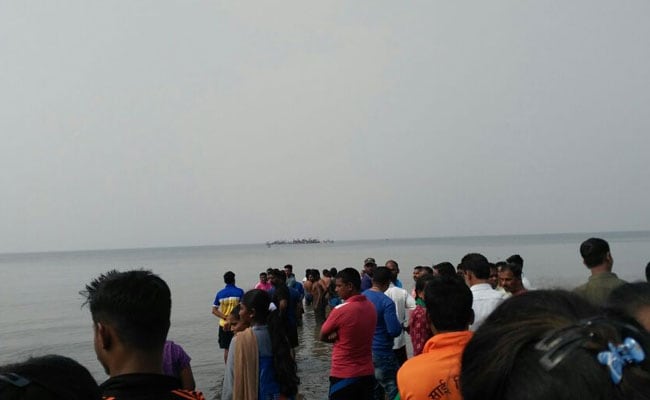 Rescue efforts are on to locate the other children who were travelling in the boat.
Jan 13, 2018 13:56 (IST)
All our local  officers and staff are on the spot. Rescue team from other dept's are also there: Palghar Superintendent of Police
Jan 13, 2018 13:48 (IST)
Dornier aircraft and helicopters from Daman (near to Dahanu) have also been launched: Coast guard PRO on rescue operations for boat capsize in Dahanu
Jan 13, 2018 13:46 (IST)
The Coast Guard said it has has diverted ships which were at sea and ships are also sailing from Mumbai.
DahanuMaharashtra Boat Capsizes