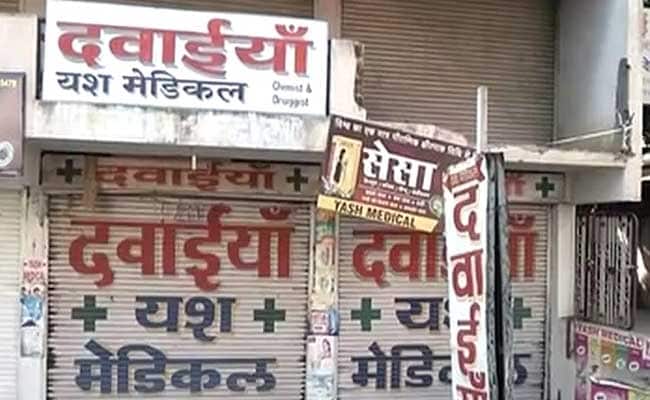 Mumbai: Around 55,000 retail chemists and pharmacists in Maharashtra joined the day-long nationwide strike on Wednesday called by All India Organisation of Chemists and Druggists or AIOCD, demanding a ban on online sale of medicines, an official said.

"All our retail chemists have joined the nationwide strike of over 800,000 chemists in all states and union territories, making it a total success," AIOCD President JS Shinde told IANS.

The main demand of the chemists is a ban on the sale of medicines, including dangerous drugs, through online pharmacies on different websites, besides other issues.

However, Mr Shinde assured that arrangements have been made in various hospitals to ensure uninterrupted availability of any emergency drugs for patients.

He claimed that the strike was "in public interest since the sale of medicines through the internet was illegal, increases the risk of adverse drug reactions (side-effects), and would ease entry of low quality, unbranded and spurious medicines".

Besides, it could pose a big threat of irrational use of medicines, lead to drug addiction among the youth, affect availability of medicines in rural India and prove a setback to the 8,00,000 plus chemists and pharmacists employing nearly eight million people, he added.

"With a 125 crore population, India is already facing huge problems of shortage of doctors practicing in modern medicine. Doctors of other branches like homoeopathy and Ayurveda are also practicing and prescribing allopathic drugs. We just cannot compare ourselves with the developed countries which have necessary infrastructure and manpower for good governance," Mr Shinde said.

The AIOCD feels that in view of these issues, opening the doors of an e-pharmacy could be detrimental to the health of the population without studying the possible risks and threats associated with the move.

While online pharmacy business is going on illegally, the government authorities concerned are not taking due care or any action despite the complaints made by the AIOCD, Mr Shinde rued.

Presently, online pharmacies accessible on internet supply I-Pills, MTP kits, anti-depressants, cough syrups and so on without confirming the authenticity of the prescriptions or the patients, he said.