Maharashtra Government Formation: Devendra Fadnavis, currently the leader of the House, asserted that he will be the Chief Minister for another five years. He also said that BJP president Amit Shah will not attend the meeting of the newly-elected BJP MLAs to pick the legislature party leader. 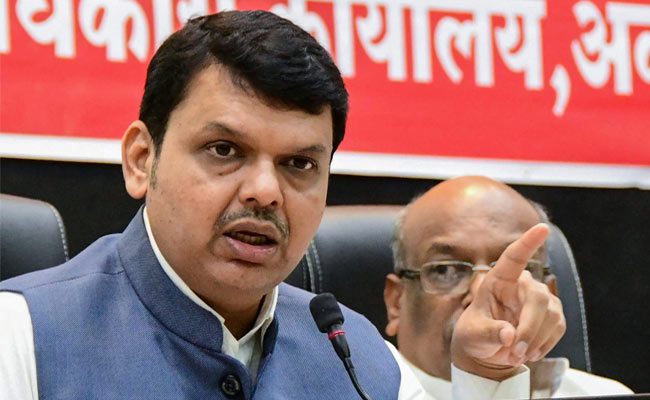 The Maharashtra BJP Legislature Party will meet in Mumbai today to elect its new leader. Chief Minister Devendra Fadnavis is likely to be elected as the leader of the Bharatiya Janata Party or BJP legislature party, amid demand by ally Shiv Sena for the top post on a rotational basis.

Mr Fadnavis, who is currently the leader of the House, asserted on Tuesday that he will be the Chief Minister for another five years. He also said that BJP president Amit Shah will not attend the meeting of the newly-elected BJP MLAs to pick the legislature party leader.

Amid bickering between his party and the Shiv Sena over sharing of power in the next Maharashtra government, senior BJP leader Chandrakant Patil on Tuesday said Amit Shah and Shiv Sena chief Uddhav Thackeray will finalise the contours of the "50:50 formula".

Mr Patil, however, distanced himself from the seat-sharing agreement that Mr Thackeray has been talking about. "That formula was proposed ahead of the Lok Sabha elections (held earlier this year) and I am not aware of it," said Mr Patil, who became the state BJP state president after the parliamentary poll results.

According to sources in the BJP, the discussion and agreement reached with the Shiv Sena on formalising the alliance ahead of the Lok Sabha polls was on "equitable distribution of power and not on the post of the Chief Minister."

Ever since results of the October 21 Assembly elections were declared, Mr Thackeray has been claiming that the 50:50 formula on sharing of power was "agreed upon" between himself, Amit Shah and Devendra Fadnavis ahead of the Lok Sabha elections.

However, Mr Fadnavis on Tuesday denied that the Shiv Sena was ever assured the chief minister's post for two-and-a-half years as part of the power sharing "formula".

The BJP won 105 seats in the recently held Assembly election and has been in talks with 13 Independent candidates and MLAs from smaller parties to build on its strength in the 288-member House.

The Shiv Sena, which won 56 seats, is pushing for rotational chief ministers, an idea rejected by the BJP.

Appeal To Rahul Gandhi To Get Himself Vaccinated: Ravi Prasad