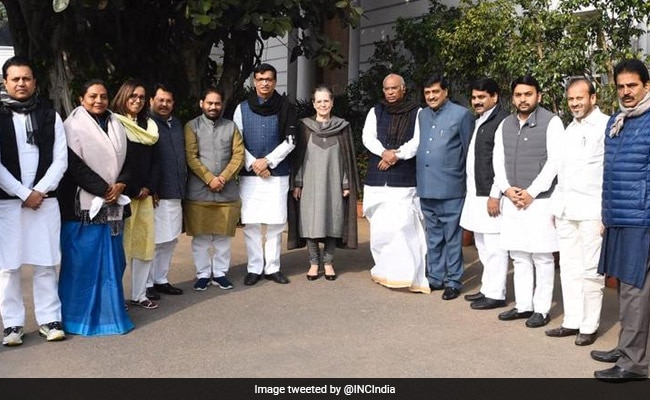 Maharashtra minister and state Congress chief Balasaheb Thorat on Wednesday said party MLA Sangram Thopte, who was miffed at not getting a ministerial berth, has been pacified and assured that he will get his due.

Mr Thorat also dismissed rumours of unrest in the Congress over allocation of portfolios. Everyone cannot be accommodated as there is a three-party alliance government in the state, the Congress leader told reporters here. "I spoke to Sangram Thopte last night. The Congress isa family and he will get his due," he said.

"Since we are part of a three-party government, we got less ministerial berths," the Congress leader said. Some supporters of Mr Thopte, who is the Congress MLA from Bhor, on Tuesday attacked the party office in Pune to protest against his non-inclusion in the state ministry.

The police late Tuesday night arrested 19 supporters of Mr Thopte and later released them on bail. Mr Thorat also dismissed rumours of unrest in the party over portfolio allocation. "Discussions are on and the allocation of portfoliosis expected today," he said.

The Shiv Sena, led by Thackeray, joined hands with the Congress and NCP, its traditional adversaries, after its alliance with the BJP collapsed over the issue of sharing the chief ministerial post following the state Assembly polls held in October last year.