Aaditya Thackeray To Debut In Maharashtra Polls, 1st In Family To Contest

Maharashtra Assembly Polls: Aaditya Thackeray has been projected as the Sena's chief ministerial face if the BJP-Shiv Sena alliance returns to power. 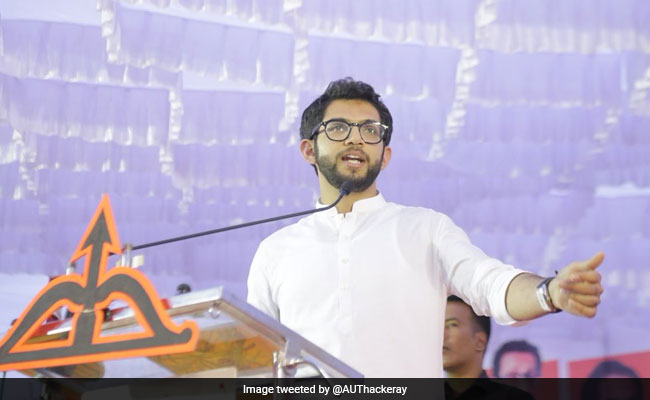 Maharashtra Assembly Polls: Aaditya Thackeray has been in politics for the last five years

Aaditya Thackeray, the son of Shiv Sena chief Uddhav Thackeray, is set to debut in the October 21 Maharashtra election and become the first of his family to contest polls. The young Sena leader will be the candidate from the Worli Assembly constituency, a party stronghold, say sources.

Aaditya Thackeray, 29, has been in politics for the last five years and has been groomed to lead his five-decade-old party in the future.

No member of the family has ever contested an election or held a constitutional post since patriarch Bal Thackeray founded the Shiv Sena in 1966.

The Worli seat is currently held by the Sena's Sunil Shinde and is considered one of the party's safest constituencies.

The only possible challenge, NCP's Sachin Ahir, recently joined the Shiv Sena, setting up an easy contest for Thackeray junior. In 2014, Mr Ahir had failed to win against the Sena's Sunil Shinde.

Aaditya Thackeray has been projected as the Sena's chief ministerial face if the BJP-Shiv Sena alliance returns to power. In July, he had been cautious about speculation, saying: "If the people want me to contest the elections, I will be open to that."

On Saturday, Uddhav Thackeray recalled the "promise" he had made to his father Bal Thackeray to establish a 'Shiv Sainik' as the Chief Minister of Maharashtra.

But the party may have to settle for the post of deputy, given the BJP's resolve that Devendra Fadnavis will remain Chief Minister if the alliance retains power.

Aaditya Thackeray jump-started his campaign with a "Jan Ashirwad Yatra" campaign, a state-wide outreach to "thank voters" for their support in the national election and to canvass votes for the state polls.

Known to be passionate about youth issues, poetry, photography and football, Aaditya is said to be popular among the Sena cadre and is also seen as the party's affable face.

In the 2014 Maharashtra election, the BJP and the Shiv Sena had contested separately after failing to agree on seat-sharing.

The long-term allies later tied up to form a BJP-led government but the alliance remained strained.

The Sena says most of its current MLAs will contest the election.