"Will Return And...": Amruta Fadnavis's Poetic Goodbye On Twitter 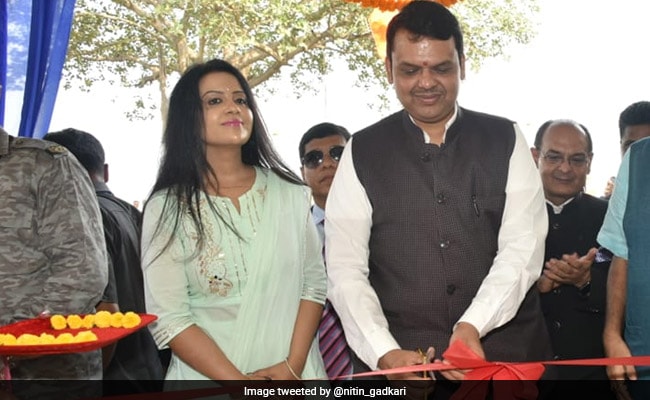 Former Maharashtra Chief Minister Devendra Fadnavis's wife Amruta Fadnavis on Tuesday tweeted a poetic verse hours after her husband resigned from his post. "Will return and bring back fragrance on branches, it's autumn season, wait for the change in weather," she tweeted in Hindi.

"Thanks Mah (Maharashtra) for memorable five years as your Vahini (sister-in-law)!The love showered by you will always make me nostalgic! I tried to perform my role to best of my abilities-with desire only to serve and make a positive difference," she added.

Shiv Sena Chief Uddhav Thackeray is set to be the next Chief Minister of Maharashtra after the BJP's Devendra Fadnavis ended his 80-hour second term before facing a floor test ordered by the Supreme Court.

The Sena-NCP-Congress leaders on Tuesday evening conducted a meeting where it was decided Mr Thackeray will lead the alliance and the state government.

"Key leaders of the three parties will meet Governor to stake claim to form government in Maharashtra...," NCP's Nawab Malik was quoted by news agency PTI as saying.

In a stunning move, Mr Fadnavis and his deputy, NCP's Ajit Pawar, were sworn-in early Saturday morning at an unannounced event in Mumbai. The Sena-Congress-NCP combine had moved the Supreme Court against the move.

All the parties, in the meanwhile, had moved their MLAs in different hotels to guard their flocks from poaching attempts.

The BJP, which won 105 seats in the 288-member Maharashtra assembly, needed 40 MLAs to prove a majority. The party had banked on Ajit Pawar to bring in 54 NCP MLAs, but the gamble didn't pay.

Maharashtra will have a Sena chief minister after 20 years but a Thackeray as Chief Minister for the first time. In the election last month, Uddhav Thackeray's son Aaditya became the first of his family to ever contest the election.