The woman's family was apparently angry at her for leaving the house of her in laws and visiting them. 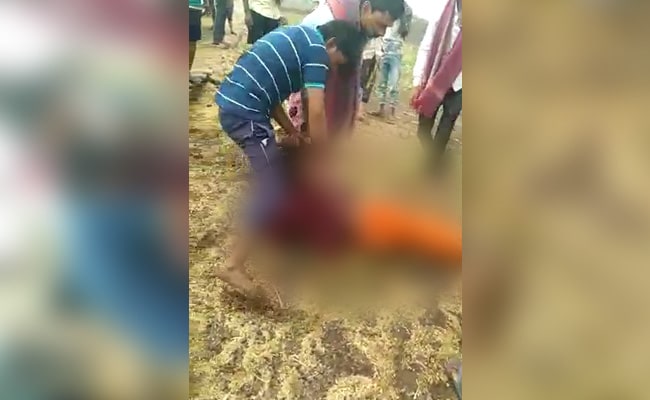 In the videos, the men were seen dragging the woman by her hair, beating her with sticks.

A 19-year-old woman is dragged by her hair, tied to a tree and beaten with sticks in full public view by her father and cousins, in a set of disturbing videos that have emerged from Madhya Pradesh. The family members were apparently angry at the woman, who got married three months ago, for leaving the house of her in-laws and coming home for a visit.

In one of the videos, recorded on cell phones by the assaulters, a man is heard saying, "Stop Crying. Will you ever come back now?" Another man is then seen thrashing the woman mercilessly. He stops only when the stick he was beating her with breaks.

In another video, the men are seen tying the woman to a tree and laughing at her plight. Several onlookers, including a little girl, can be seen in the frame. No one comes forward to help her.

The girl, who belongs to a tribal community, had gone to her maternal uncle's house in Alirajpur , districtabout 400 kilometre from Madhya Pradesh's capital Bhopal. She was dragged out of there and tortured on June 28.

After several videos of the incident surfaced online, the police recorded the statement of the girl and arrested her father and cousins.