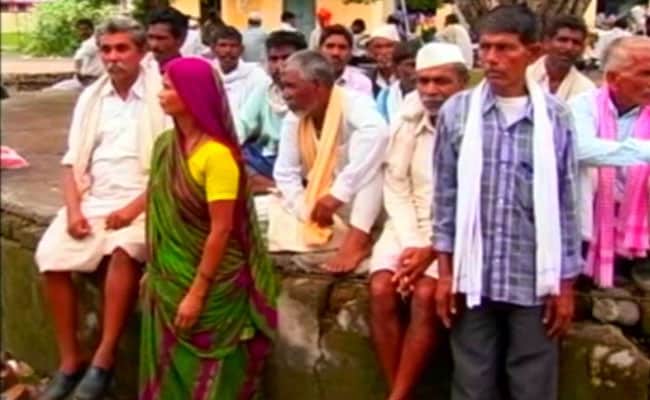 Madhya Pradesh officials deny Dalit families have asked for their land back or permission for euthanasia.

Nasrullahganj, Madhya Pradesh: Despite being the owner of 2.5 acre plot of land, 50-year-old widow Baso Bai says she has to work as a day labourer 10 km away from her home to feed her three school-going children.

Her land in Madhya Pradesh's Shohan Khedi village in the Sehore district, which could have served as a source of income, has been illegally occupied by local strongmen, she says.

The land was allotted to her by the Madhya Pradesh government in 2002 under a welfare scheme aimed at helping the Dalit community. But 14 years later, she is yet to get control of the land.

"Last year, I tried to sow crops but the encroachers beat me up. I went to the police but they harassed us. I then went to the court. The decision was in my favour. But even then I have not got control of my land. So with no other option, I along with other Dalit families went to the Chief Minister asking for land or permission to die," she said.

There are 49 more Dalit families like Baso Bai's from villages like Borkhedi, Vasudev, Sohan Khedi, Jogla who have each got 2.5 acres of land under the same scheme but the land is not under their possession.

Last week, these Dalit families handed a memorandum to Chief Minister Shivraj Singh Chouhan asking for either their land back or the permission to end their lives.

"We have repeatedly protested against this injustice in the form of hunger strikes and sit-in protests. But there has been no action. The Dalit families - out of frustration - decided to seek permission for euthanasia. The chief minister gave an assurance but nothing happened after that," Jaswant Singh, an official of the National Dalit Chetna Manch which is supporting the Dalit families told NDTV.

The issue of the state government's alleged apathy towards Dalits on Monday was also raised in the on-going monsoon session of the state assembly.

The district administration sources admitted that Dalit families from the region had handed over a memorandum to Mr Chauhan on July 22.

But the state government has denied any such demand by the families and called it "political propaganda".

"There was no such demand by the Dalit families. No incident or demand like this happened. This is only political propaganda," said Bhupender Singh, Home Minister of Madhya Pradesh.