Madhya Pradesh Students To Recite Preamble To Constitution Every Saturday

The Madhya Pradesh School Education Department issued a circular on Wednesday making the exercise to read the preamble compulsory in all government schools after the prayer meeting every Saturday. 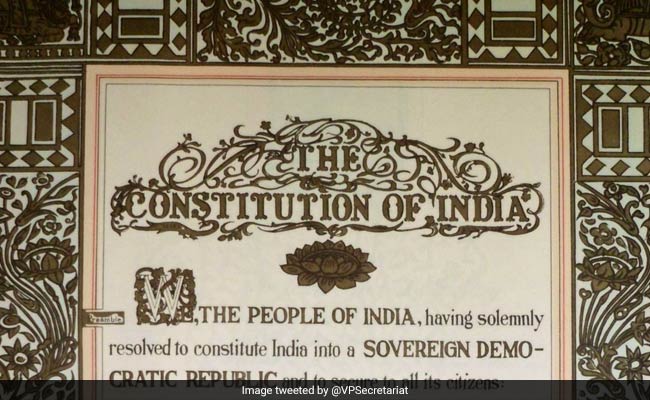 The exercise began on the eve of Republic Day in Madhya Pradesh schools. (File)

On the eve of the Republic Day, students in schools across Madhya Pradesh started the practice to read out the preamble to the constitution after morning assembly prayers.

Following Maharashtra, which issued a similar resolution on Tuesday, the Madhya Pradesh School Education Department issued a circular on Wednesday making the exercise compulsory in all government schools after the prayer meeting every Saturday.

Public Relations Minister PC Sharma overlooked the reading of the preamble on Saturday at the Rajiv Gandhi High School in Bhopal.

Mr Sharma said that the order related to the preamble of the Constitution is being implemented with immediate effect in the state.

Incidentally, people protesting the Citizenship Amendment Act have taken to reading the preamble at demonstrations to highlight how it terms the country as secular while speaking out against discrimination.