Congress's Kamal Nath called Shivraj Singh Chouhan "master of announcements" and said no one can compete with him on this front. 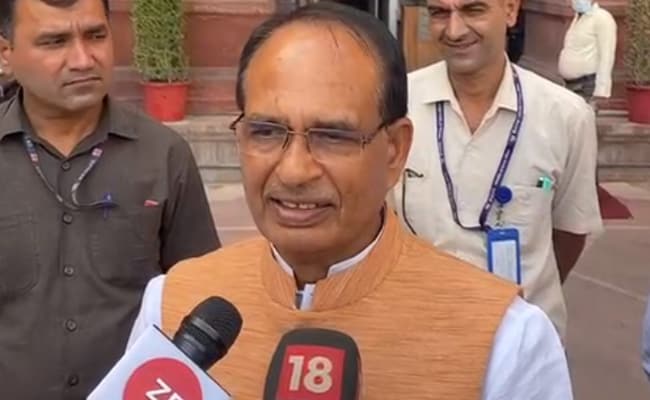 In a dig, Congress leader Kamal Nath on Wednesday dubbed Madhya Pradesh Chief Minister Shivraj Singh Chouhan a "master of announcements" who can even promise the construction of a bridge on a non-existing river.

Addressing a rally for the upcoming Madhya Pradesh local body elections in Indore, the MP Congress president claimed Mr Chouhan had made 20,000 announcements in the last 18 years.

"Shivraj Singh Chouhan is a master of announcements. No one can compete with him on this front. He can even announce to construct a bridge at a place where no river exists," Mr Nath said.

The former chief minister alleged that corruption has become a part of the (administrative) system in Madhya Pradesh which has become a roadblock in attracting industrial investments.

Corruption also leads to the rise in unemployment in the state, he said.

"Investment comes only when investors have faith in the government system. It will not come by visiting a temple or a mosque nor will it (such visit) create new employment opportunities," Mr Nath said.

He appealed to voters not to get swayed by the ruling BJP and instead support the "truth" for their better future.

Altogether, the elections to 347 municipal bodies in MP will be held in two phases.

The first phase of polling for 133 local bodies will be held on July 6. 214 municipalities will go to the polls on July 13.

Mr Shukla will square off with ruling BJP's nominee Pushyamitra Bhargava, who has resigned as the Additional Advocate General of Madhya Pradesh, in the Mayoral contest for Indore.

This is the maiden election of Mr Bhargava who has been associated with the RSS and Akhil Bharatiya Vidyarthi Parishad (ABVP).