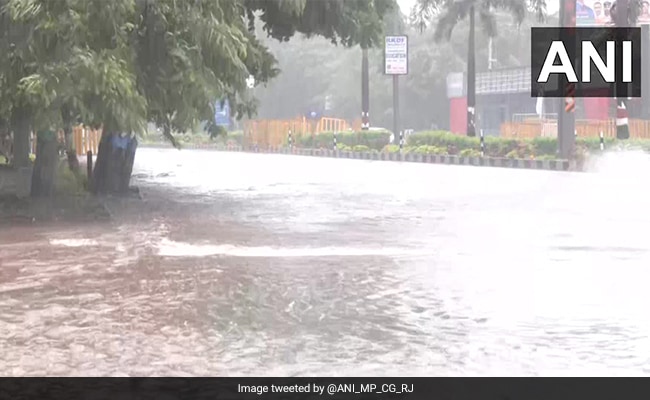 Due to incessant rains, the Narmadapuram administration has decided to keep all schools closed for today. Meanwhile, the India Meteorological Department has issued a red alert for heavy rainfall in 39 districts, including Bhopal, Ujjain, Jabalpur, Ratlam, Neemuch and Mandsaur.

"In the wake of heavy rainfall, there will be a holiday in all schools of the Narmadapuram district today," declared District Magistrate Neeraj Kumar Singh.

The IMD also informed that a deep depression over the central parts of Madhya Pradesh and adjoining south Uttar Pradesh has weakened into a depression.

The IMD said that the depression will continue to move west-north-westwards across north Madhya Pradesh and weaken into a well-marked low-pressure area during the next 24 hours.

Narmadapuram's administration is on high alert as River Narmada is flowing in spate, causing a flood-like situation in the low-lying areas. The water level of the river increased following torrential rains in the region over the last couple of days.

"The administration is on alert after water levels rose in Narmadapuram and touched the danger mark. While water levels have risen, we are still 1.5 feet away from alarming levels," the District Magistrate told ANI last Wednesday.

"We are prepared to handle the situation in case the water rises further and a flood situation erupts. We have already placed people across the river banks," he added.

Madhya Pradesh Chief Minister Shivraj Singh Chouhan also took stock of the situation and assured that his government was taking considerate attempts to cease or control the flow of water through the dams in the state.

"The opening of the gates of several dams have made the level of River Narmada reach the warning mark and we are making every possible effort to remove the water by regulating to control it," the Chief Minister said.