Elderly Women Turn Up To Vote In Mizoram, Madhya Pradesh 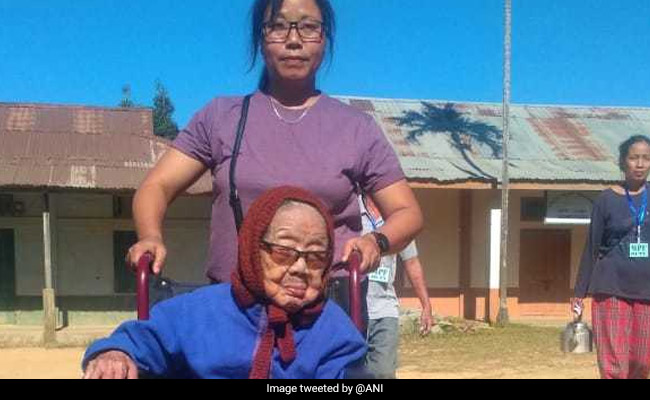 A 106-year-old woman came out to vote in Mizoram.

High voter turnouts were recorded in Madhya Pradesh and Mizoram today, which represents the enthusiasm of the people of the states to vote. Both the states witnessed people of all ages coming out to vote in large number.

A number of people belonging to the Bru community, including aged women, turned up to vote. Over 12,000 people from the community live in six relief camps in Tripura. They voted at Kanhmun village in Mamit district, where 15 temporary polling stations were set up. Special polling arrangements were made across the state for the voters of the community.

In Madhya Pradesh's Agar Malwa district, a 101-year-old woman arrived at a polling booth to cast her vote. 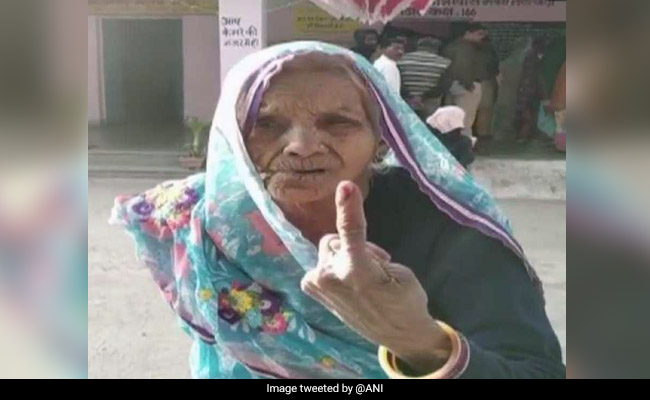 Guided by the motto of "no voter to be left behind", the Election Commission made adequate arrangements for differently-abled persons to exercise their franchise. Volunteers have been trained to guide these people to cast their votes.

The first-time voters also turned up and showed their enthusiasm for being part of voting process.

A first-time woman voter standing outside a polling booth in Bhopal said that she is voting in the name of development. "I am voting not only to contribute to democracy but also for the development of the region. It will be unfortunate for women that even after the smooth process of elections they are not exercising their franchise. Please vote to bring change in the society," she said. 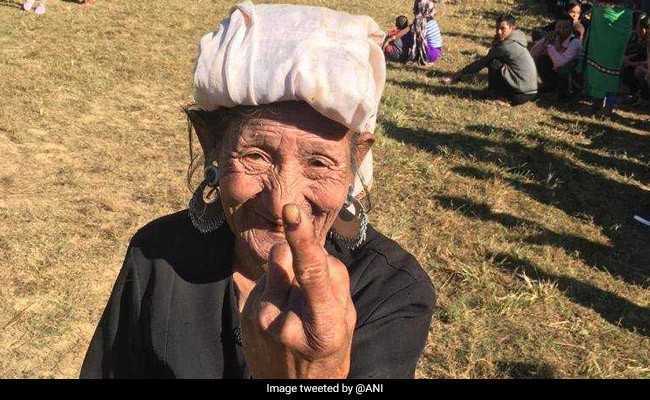 The heartland state of Madhya Pradesh, where the Congress is hoping to unseat the three-time winner BJP, saw a spike in turnout in today's assembly elections. Mizoram, which the BJP is trying to wrest from the Congress, saw a considerable dip.

From 72.7 per cent in 2013, the provisional figure for Madhya Pradesh was 74.6 per cent. The corresponding drop in Mizoram was higher -- 75 per cent, a sharp drop from last election's 83.4 per cent, the Election Commission said.