"Madhya Pradesh Has Not Received A Penny From Centre In Flood Aid": Minister

"This is very unfortunate. The centre should treat all the states equally instead of favouring Bihar and Karnataka," the Congress minister said. 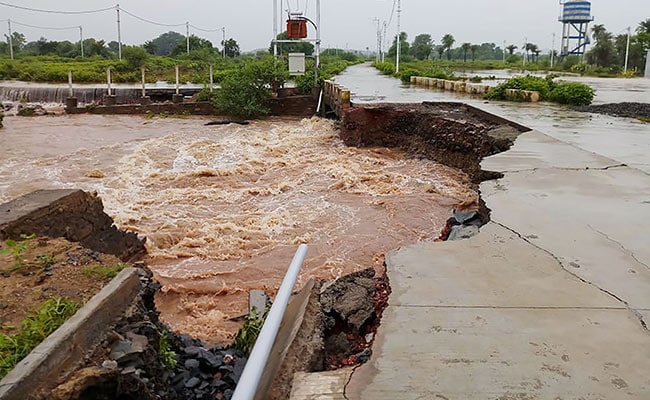 Tarun Bhanot said Kamal Nath had also taken up the matter with the centre. (File)

Madhya Pradesh Finance Minister Tarun Bhanot on Monday said the Congress-ruled state has not yet received any central assistance for losses suffered in recent floods and heavy rains.

On the other hand, Bihar and Karnataka, who have also suffered rain-related losses during the monsoon, are being "favoured" by the BJP-led government at the centre in providing financial assistance, he alleged.

The BJP is in power either on its own or in alliance in Bihar and Karnataka.

"We sustained more losses than Bihar and Karnataka due to flood and heavy rainfall during the monsoon. The central government has provided financial assistance to Bihar and Karnataka, but it has not given a single penny to us till now," Mr Bhanot told PTI.

"This is very unfortunate. The centre should treat all the states equally instead of favouring Bihar and Karnataka," the Congress minister said.

"Central survey teams have already visited MP two times to assess the damage caused by floods. But no help has come to us yet. The winter has set in now, but we are still waiting for financial help," Mr Bhanot added.

He said Chief Minister Kamal Nath had also taken up the matter with the centre.

"We have sought a financial assistance of more than Rs 1,100 crore. Kamal Nathji had met Prime Minister Narendra Modi and Home Minister Amit Shah for flood assistance, he said.

Kamal Nathji is trying hard to get the centre's assistance. It is hard to make up the losses caused by the floods. Sourcing money is not an easy task.

"After the Goods and Services Tax (GST) came into force, we have no other means left (to generate revenue)," Mr Bhanot said.

He said the Centre should immediately provide succour to flood victims in the state, where the BJP was in power for 15 years (2003-2018), and release funds to carry out repairs of damage caused to infrastructure assets.

The central government should care for the people of MP. The BJP won 28 of the 29 parliamentary seats in MP where the Congress came to power only last year after 15 years of the BJP rule, he said.

"Our officials are continuously writing to the Centre for financial help. We are following up the case. The CM saheb is trying his best. It will be good if our efforts bear fruit otherwise we will have to take some other course," Mr Bhanot said without disclosing the government's next action plan.

Another minister, PC Sharma, also claimed on Monday evening that the state is yet to receive any central aid for flood victims.

"We have not received any central assistance yet," said the Public Relations Minister, who is also state cabinet spokesman.

Last month, Public Works Minister Sajjan Singh Verma had slammed the centre of not giving funds to repair roads and bridges damaged by heavy rainfall during the monsoon.

He had said the Union government was discriminating against non-BJP ruled states.

"We demanded Rs 1,188 crore from the centre to repair roads, culverts and bridges from the National Disaster Response Fund (NDRF). The Centre has not given a penny so far," Mr Verma had claimed.