"Was Neglected": Madhya Pradesh MLA Who Quit Congress With 19 Others

Bisahulal Singh had remained 'untraceable' for at least five days among other legislators of the Congress. 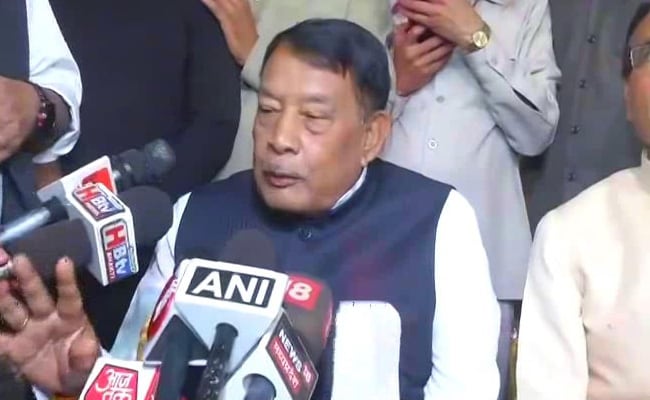 Bisahulal Singh said that he was not under any pressure from the BJP to quit.

Tribal leader Bisahulal Singh, one of the 20 MLAs of the Congress who have sent their resignations to Madhya Pradesh Governor, on Tuesday said he was neglected by Chief Minister Kamal Nath despite being the senior-most legislator in the ruling party.

"I have resigned from the Congress party because despite being senior-most MLA, I was feeling neglected. I have not resigned from the party under any pressure," he said in presence of senior BJP leaders Shivraj Singh Chouhan and Yashodhara Raje Scindia, aunt of Jyotiraditya Scindia.

Mr Singh also maintained that he was not under any pressure from the BJP to quit.

Bisahulal Singh had remained 'untraceable' for at least five days among other legislators of the Congress. He returned to Bhopal on Sunday from Bengaluru and met Chief Minister Kamal Nath, news agency PTI reported.

The 15-month-old Kamal Nath government has been pushed to a crisis following the exit of former Union Minister and four-time parliamentarian Jyotiraditya Scindia and his party loyalists. Mr Scindia resigned from the primary membership of the Congress today after meeting Prime Minister Narendra Modi and Amit Shah. Shortly after his resignation on Twitter, 20 Congress MLAs sent letters of resignation, sources within Madhya Pradesh Raj Bhavan said.

Mr Scindia may join the BJP, either today or on Saturday, and be nominated to the Rajya Sabha as its member, sources told NDTV.