The administration, under the Shivraj Singh Chouhan government, had announced Rs 10 lakh as compensation to the farmer's family in 2018. It is yet to be doled out. 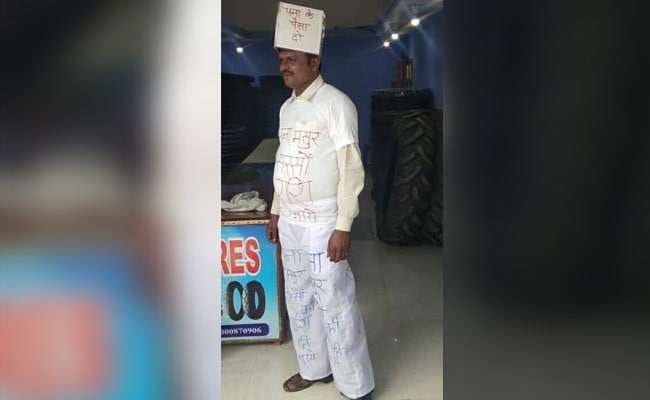 A 32-year-old farmer in Seoni consumed pesticide in 2018 after he didn't get his dues.

Two years after he died by suicide, a farmer's family is yet to receive the full compensation as promised by the government in Madhya Pradesh.

A 32-year-old farmer, Sant Kumar Sanodiya, in Seoni consumed pesticide in 2018, allegedly after the grain market failed to pay his dues. The farmer had allegedly not received Rs 5.5 lakh for 120 quintals of gram crop.

The farmer had written a letter, reportedly in blood, to the Seoni district collector warning of suicide if his dues were not cleared by September 28. A day later, he consumed the chemical and in a suicide note wrote that he was forced to take the step as he did not get the remittance for his produce sold at the Lugharvada procurement centre for more than four months.

After his death on October 1, villagers blocked the national highway and demanded compensation of Rs 1 crore and a job for one of his family members. The administration, under the Shivraj Singh Chouhan government, soon announced Rs 10 lakh as compensation to the farmer's family.

However, the family alleged that they are waiting for the full amount even after two years.

His wife, Laxmi Bai, said: "We did not receive the money for four months even after selling of the produce after which my husband consumed poison on September 29, 2018. The state government announced a compensation of Rs 10 lakh to the family but we have not got the entire amount till today."

His mother, Rukmani Bai, said they were even forced to stay indoors by the local administration when Chief Minister Shivraj Singh Chouhan visited the district after his death on October 4, 2018.

State agriculture minister Kamal Patel said: "The matter has come to my notice. I have spoken to Seoni district collector and the local MLA. I will now talk to the chief minister and if an announcement of Rs 10 lakh compensation was made, I will try that the family gets it."

In 2019, the Madhya Pradesh government, then led by Kamal Nath, informed the assembly that 122 farmers died by suicide in the state. As per the National Crimes Records Bureau data of 2018 that was released in 2020, a total of 10,349 people in the farming sector died by suicide and Madhya Pradesh accounted for 6.3 per cent of such deaths in 2018.