The Madhya Pradesh Chief Minister was responding to a question on controversies surrounding electronic voting machines in the state assembly polls. 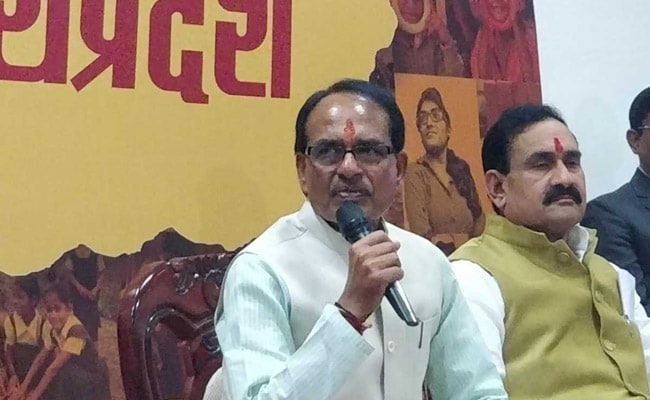 Shivraj Singh Chouhan maintained that the election commission was an impartial institution.

Madhya Pradesh Chief Minister Shivraj Singh Chouhan today launched a scathing attack on the Congress, claiming that it was questioning the dependability of electronic voting machines (EVMs) just to put pressure on the administration.

"As the Congress is unsure of its win, it wants to put pressure on the administration by continuously crying foul over EVMs," Mr Chouhan said. He was responding to questions on the replacement of 1,500 voting machines across the state during the elections, and the circumstances that led to many reserve units reaching Anuppur, Khandwa and Sagar nearly 48 hours late.

To illustrate the impartiality of the Election Commission, the Chief Minister recalled how it had prevented him from attending the funeral of his old friend and colleague Raghuveer Dangi on November 27 just because rules forbade him from entering any constituency other than his own before polling day.

Suspicions, however, refuse to die down. As many as 71 blank postal ballots were found unclaimed at the home guard office near a mess on the police headquarters campus in Bhopal today, giving a new twist to the ongoing EVM controversy in the state.

Sources said that while three postal ballots were initially found in an unclaimed condition on the office ground, subsequent searches resulted in the recovery of 71 units -- including 63 from Bhopal. The rest pertained to the Rajgarh and Chhindwara districts. Madhya Pradesh Chief Election Officer VL Kantha Rao said he sought a report from the Bhopal Collector after the matter came to his notice.

A few days ago, the Election Commission had admitted that CCTV cameras installed at a Bhopal strongroom where EVMs were stored after the Madhya Pradesh polls did not function for over an hour due to an unprecedented power cut -- resulting in a blackout that provoked accusations of tampering from opposition parties.

It also said that it has taken action against an official who allegedly delayed the handover of EVMs in Sagar by nearly two days, when it should have been done soon after the completion of the polls on November 28.