30 Sentenced To 7 Years' Jail, Middleman To 10 Years In Vyapam Case

CBI judge SB Sahu had earlier found the 31 guilty on a number of counts, ranging from cheating by impersonation to cheating and forgery, in the police recruitment scam. 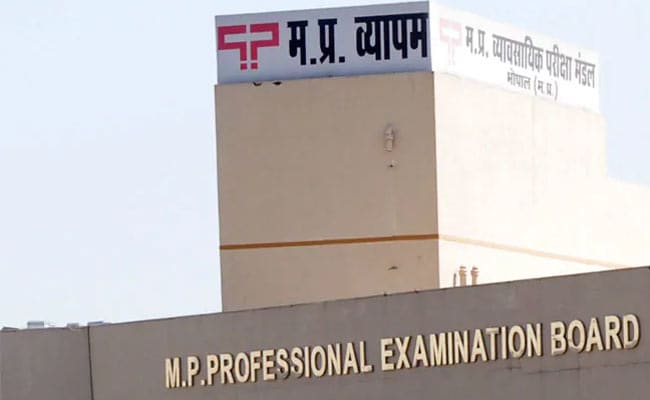 As many as 2,500 people are accused in cases related to Vyapam.

A special CBI court on Friday sentenced 30 people to seven years' imprisonment and sent a middleman to jail for 10 years in a police recruitment scam dating back to 2013. The recruitment drive was conducted by the Madhya Pradesh Professional Examination Board (MPPEB), better known by the Hindi acronym Vyapam.

CBI judge SB Sahu had found the 31 guilty on a number of counts, ranging from cheating by impersonation to cheating and forgery the previous day. Pradeep Tyagi, the middleman, allegedly arranged for imposters to appear in the place of original candidates.

Sources said most of those convicted belong to Bhind, Morena, Datia, Gwalior and Bhopal, besides some areas in Uttar Pradesh. They were all sent to the Bhopal Central Jail after the pronouncement of the sentence.

Of the 150 cases related to the Vyapam scam, this judgment relates to the fourteenth.

The central probe agency, which has been probing the scam since July 2015, had registered 170 FIRs. Charge sheets were filed in 143 of these. Investigation was closed in 20 cases, including those concerning 16 instances of suspected deaths, and is continuing in seven.

The Vyapam scam pertains to irregularities in exams held by the MPPEB for admission in professional courses and state services over the course of many years. The scam hit national headlines several years ago, with over 2,500 being accused in this regard.