With six resolutions being moved in the European Parliament against the Citizenship (Amendment) Act, Jean Asselborn said S Jaishankar could explain his point of view when he visits Europe in February and March. 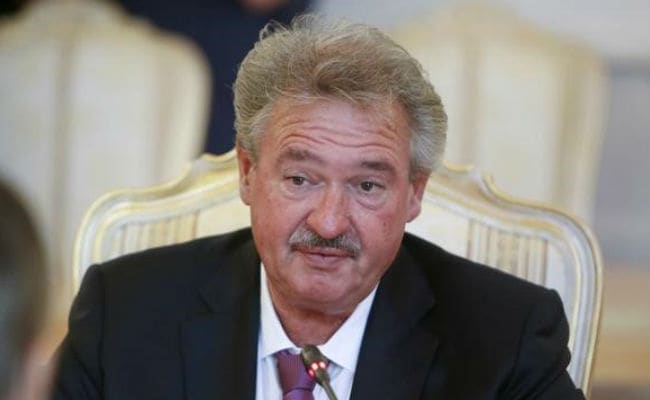 "We have similar problems in the European Union..." Jean Asselborn said.

Amidst concerns over India's new citizenship act and the NRC, Luxembourg, a European Union member, on Tuesday said it doesn't want to "interfere in the domestic policy" of this country but has asked New Delhi to "do everything" to not increase stateless people.

This was conveyed by visiting Luxembourg Foreign Minister Jean Asselborn during talks with his Indian counterpart S Jaishankar.

"What I said to the minister (Jaishankar) this morning is "do everything you can do to not increase stateless people". That is something that we have to fight against. Rest concerns India," Mr Asselborn said during an interactive session at the India International Centre after his meeting with Mr Jaishankar.

With six resolutions being moved in the European Parliament against the Citizenship (Amendment) Act (CAA), Mr Asselborn said Mr Jaishankar could explain his point of view when he visits Europe in February and March.

Replying to a question about the resolutions, Mr Asselborn defended the move, saying the EP also criticises its members often, and takes up "aggressive" positions against them.

"The problem is if you have an addition of migration and religion, it is very difficult to find a solution," the minister said in reference to the Indian context.

"I don't want to interfere, but if we have the possibility as foreign ministers to have this discussion with him (Jaishankar), if he is also going to the European Parliament...I saw this morning that there is a will not to increase the number of stateless persons," the Luxembourg Foreign Minister added.

"He (Jaishankar) explained me his position this morning and I think that if we are able to have a discussion for instance on what is happening with this bill in Assam. We have similar problems in the European Union...," Mr Asselborn said.

In a release, External Affairs Ministry said Mr Asselborn met Mr Jaishankar during which they reviewed the excellent bilateral relations between the two countries and discussed ways to further strengthen the ties, including in the areas of trade and economic cooperation, space, political and strategic relations and cooperation in multilateral forums and in the European Union.

The Ministers agreed to the further intensification of high-level political contacts, the release added.

One of the longest serving foreign ministers in Europe, Mr Asselborn has had close associations with the Indian leadership and has visited India four times.

Talking again about the India-specific resolutions in EU Parliament, Mr Asselborn said the machinery of the European Union is very complex and complicated.

"I don't want to say that the EP is not European Union...But we have to see the reality, the EP is elected in 28 countries and they have their own opinions, they have political parties, they create coalitions inside," he said, asserting that the EP is free to take up resolutions.

In Europe or in India, things concerning migration are always not only very emotional, but also very difficult, he noted.

Close to 600 lawmakers in the 751-member EP moved six resolutions against the CAA, saying its enactment marked a dangerous shift in India's citizenship regime, following which Lok Sabha Speaker Om Birla wrote to European Parliament President David Maria Sassoli, asserting that it was inappropriate for one legislature to pass judgement on another and the practice can be misused by vested interests.

Mr Birla had also asserted that as members of the Inter Parliamentary Union, "we should respect sovereign processes of fellow legislatures".

India has been maintaining that the CAA was an entirely internal matter of India and that the legislation was adopted through democratic means after a debate in both houses of Parliament.

In his remarks at the IIC, Mr Asselborn also said that the foreign ministers of the European Union had recently emphasised on the importance of Asia and to have robust ties with India.

He also hoped that after the India-EU Summit that is likely in March, there would be a possibility to re-launch negotiations for a free trade agreement that was stalled.