Lucknow Hotel Lacking Safety Equipment Seized, After Fire In 2 Others

Six people were killed and five injured after a major fire broke out at two hotels in Lucknow's Charbagh on June 19. 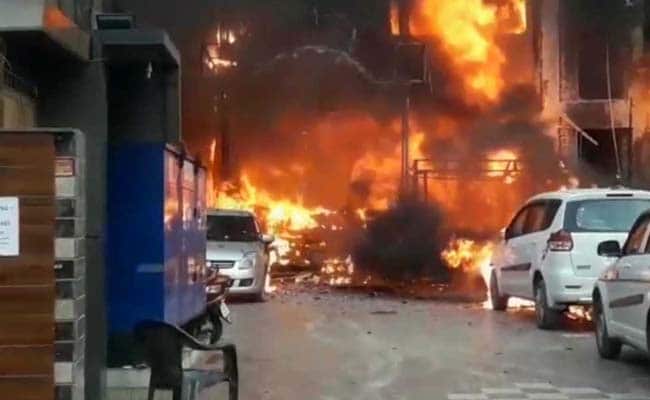 The police were reviewing the area after the recent incident of fire that took place at two hotels in Charbagh.

Promoted
Listen to the latest songs, only on JioSaavn.com
Six people were killed and five injured after a major fire broke out at SSJ International and Virat Hotels in Charbagh on June 19.

Earlier today, the police filed an FIR against the owners and workers of the two hotels case under relevant sections of the Indian Penal Code, including for culpable homicide not amounting to murder.