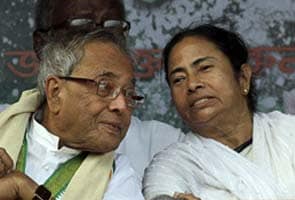 New Delhi: Mamata Banerjee has made it very difficult for the government to get the Lokpal Bill passed in the Rajya Sabha today.

She has refused to be talked out of two amendments that her MPs have moved in relation to Lokayuktas, or anti-corruption agencies for individual states. Ignoring pleas from the government, in which she is a crucial partner, she has told her party to insist on a vote on these two amendments.   She's almost certain to win that vote.  If the changes are accepted, the upper and lower houses of Parliament will have to consider different versions of the same legislation.  So the Lokpal Bill will then travel back to the Lok Sabha, which has been adjourned today. And this session of Parliament could end without clearing a Lokpal Act or anti-corruption law for India.

"The intent of the opposition is on test. Give the Lokpal Bill a chance. Why do we need to work out every detail at this very instant? Parliament can address shortcomings later," said the Congress spokesperson Manish Tewari at a press conference this evening.

Both Ms Banerjee's amendments seek to correct an alleged violation of the right of state governments to form their own anti-corruption laws. The first asks for a change to the name of the Bill which refers to the Lokpal and Lokayuktas.  The other asks for the entire reference to Lokayuktas to be dropped from the Bill.   The BJP agrees, and says it cannot support the bill which violates the Constitution on the principles of federalism and reservation. Ms Banerjee's objections have found support among parties like the AIADMK and the JD(U) from Bihar.  But more critically, if Ms Banerjee pushes for a vote, Lalu Prasad Yadav's RJD and Mulayam Singh Yadav's Samajwadi Party may also vote against the government instead of walking out, which amounts to an abstention.  If they were to skip the vote, the overall strength of the House would be reduced, making it easier for the government to hit the half-way mark.

Perversely, the government may actually stand to gain from Ms Banerjee's maneouvering.  In the Rajya Sabha, the government is in a minority.  But sources say the Congress' top rung is set on putting the bill to a vote.  The party can claim that it tried to introduce a tough law to combat graft, but was not supported by the opposition.  The Congress will then attack parties like the BJP for hypocrisy -for demanding a new Lokpal law, but finding excuses to vote against it.
If the government decides not to risk a vote, it can send the Bill to a parliamentary select committee for repair and redevelopment.  There, members of different parties will consider the Bill clause-by-clause just as the House does. Amendments can be moved to the various clauses by members of the committee. The committee can also consult with public bodies or experts.  The committee then sends its report back to the House which considers the Bill again as reported by the committee.

Promoted
Listen to the latest songs, only on JioSaavn.com
After fierce objection from the BJP and Ms Banerjee's party in the Lok Sabha on Tuesday night, the government amended the language of the Bill on Lokayuktas.  The Lokpal Bill was passed that same night, though with revealingly skimpy numbers for the government. Mr Mukherjee has reassured Ms Banerjee's party that with the change that was introduced to the Bill in the Lok Sabha, states now have the option to create Lokayuktas. But Ms Banerjee's concerns have not been assuaged.

Minister of State in the PM's Office V Narayanasamy said that Pranab Mukherjee has been talking through the morning to Ms Banerjee's MPs in Delhi. But a compromise remained out of reach.