During a debate in the Lok Sabha on the Insolvency and Bankruptcy Code Amendment Bill, 2017, Finance Minister Arun Jaitley said that the government cannot allow loan defaulters to "merrily walk back" by paying a fraction of the due amount. 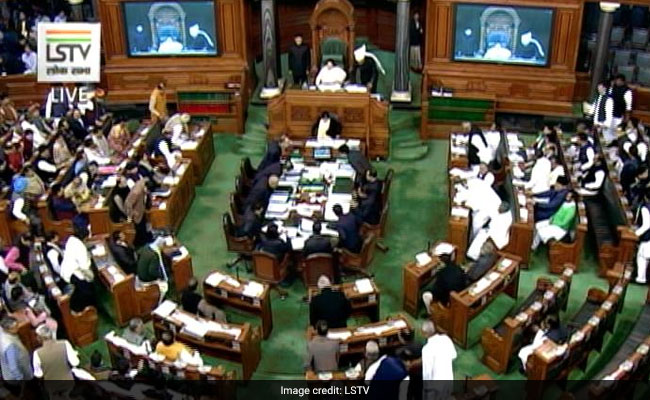 The Insolvency and Bankruptcy Code Amendment Bill, 2017, which was passed in Lok Sabha by a voice vote.

The government cannot allow loan defaulters to "merrily walk back" by paying a fraction of the due amount, he said while replying to a debate in the Lok Sabha on the Insolvency and Bankruptcy Code Amendment Bill, 2017, which was later passed by a voice vote.

The bill seeks to replace an ordinance which was promulgated in November to prevent unscrupulous persons from misusing or vitiating the provisions of the Insolvency and Bankruptcy Code (IBC).

The ineligible persons or entities will include undischarged insolvent, wilful defaulter and those whose accounts have been classified as non-performing asset.

These persons, however, can become "eligible to submit a resolution plan" if they clear all the overdue amounts with interest and other charges relating to their NPA accounts.

Those defaulters who had participated in the insolvency proceedings before November 23 can also bid for stressed assets provided they clear their dues in a month.

Taking a dig at Congress member Gaurav Gogoi, the minister said that NPA was a "legacy problem" and was mainly on account of the reckless lending undertaken by the banks during the erstwhile UPA regime.

Mr Gogoi had said that NPAs, which were low during the UPA regime, have escalated during the rule of the present government.

Responding to him, Mr Jaitley said "but I am sorry that Gogoi has still not take cognisance of what the problem is. How did this problem of NPAs happen in such a big magnitude?"

"Gogoiji has studied in good educational institutions of the world and he must have many times heard of the proverb that there were three types of lies -- lies, damned lies and statistics. Today he has himself become a victim of the third one," he said.

Mr Jaitley responded by saying that during the Congress-led regime efforts were made to brush the NPA problem under the carpet by "window dressing" and "evergreening" of bad loans.

"What was below the carpet has now come above the carpet," he stressed. He said the amendment to the Bankruptcy Code became necessary to prevent defaulters from taking advantage of the situation to come back into the management by paying a fraction of amount.

"We have tried to fill in that gap...that is the objective ... if we had not done this, all such defaulters would have rejoiced because they would have merrily walked back to these companies by paying only a fraction of the amount and that is something, which besides being commercial imprudent, would also be morally unacceptable. That's the real rationale behind this particular bill," Mr Jaitley said.

Earlier while moving the Bill for passage, Mr Jaitley said the legislation has been a "learning experience" for the government as it was for the first time that such jurisprudence was being introduced in India.

He said "certain improvements were necessary" and clarity was required on certain matters. The amendment also introduces people who are not eligible to apply for insolvency and this includes categories like those prohibited by the SEBI and corporate debtors.

The amendments were necessitated because under the old provisions even an ineligible people would have applied, he said.

During the debate, N K Premachandran of the Revolutionary Socialist Party and Saugata Roy of the Trinamool Congress questioned the urgency shown by the government to bring in an ordinance.

Mr Roy said the new amendment will hurt more as not all bad loans are a result of mala fide intentions. He said the steel industry was reeling under severe pressure and if people are barred, then it may not help improve the situation or bring the economy back on track.