In Mumbai, six parliamentaryconstituencies vote on April 29 in the fourth phase of the Lok Sabha elections. 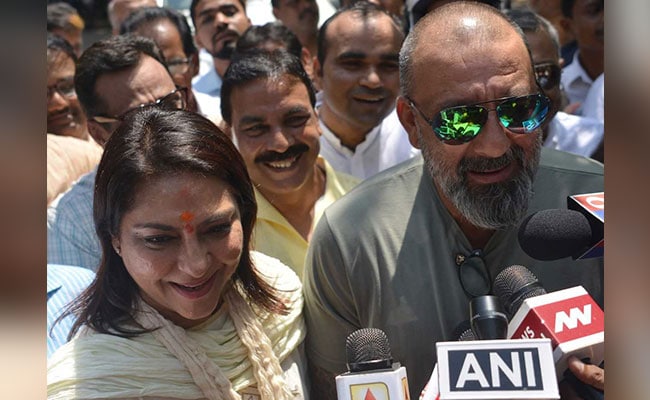 As Priya Dutt filed her nomination, her brother Sanjay Dutt accompanied her.

It was a day of filing nominations in Mumbai on Monday with the deadline for filling the poll papers for the fourth phase ending on Tuesday.

Mr Deora's opponent, Shiv Sena's Arvind Sawant, took out a rally in the morning and then filed poll papers at collector's office at Old Customs House.

In Mumbai, six parliamentary constituencies vote on April 29 in the fourth phase of the Lok Sabha elections. The seven-phased national elections begin April 11 and the results will be announced on May 23.

In the last elections in 2014, the Shiv Sena-BJP combine won all six seats in Mumbai but this time, the Congress-NCP combine is hopeful of regaining some of those seats.