Why Bihar Was Missing In BJP's First Poll List

Lok Sabha Elections 2019: According to a list that has been floating in the public domain, but has neither been confirmed nor denied, nine of the 17 candidates are from the upper castes. 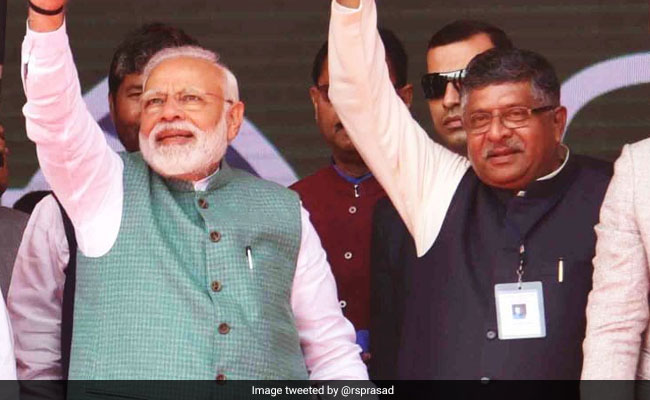 Lok Sabha Elections 2019: More than 15 percent BJP candidates, are from the upper caste.

Bihar was conspicuously missing when the BJP announced its first list of candidates for next month's national election on Thursday, after days of deliberation. The ruling party said its 17 candidates in Bihar would be announced by its state leadership, along with alliance partners.

The move has raised curiosity, given that the names of BJP's candidates in Bihar are more or less public.

Party leaders reveal that there's a worry about "over representation of upper castes" in a state where caste is a pivotal theme in poll math.

According to a list that has been floating in the public domain, but has neither been confirmed nor denied, nine of the 17 candidates - the BJP's share of the state's 40 seats following its deal with allies - are from the upper castes which constitute 15 per cent of Bihar's population.

Among these nine candidates is Union Minister Ravi Shankar Prasad, who is set to fight against his party colleague-turned-rebel Shatrughan Sinha in the Patna Saheb constituency. Ravi Shankar Prasad is from the Kayastha community.

The other candidates, Radha Mohan Singh, Rajkumar Singh, Rajiv Pratap Rudy, Sushil Singh and Janardan Singh Sigriwal, are all from Rajput caste. Union Minister Giriraj Singh, who is expected to move to the Begusarai seat, is from the Bhumihar caste and there are two Brahmins - Ashwini Choubey And Gopalji Thakur.

The BJP has apparently learnt its lesson from the 2015 assembly elections when its list was similarly "over-represented by upper castes". The party lost the election, winning only 53 of the state's 243 seats.

The BJP leadership is hoping that it can get the caste algorithm right with the Janata Dal (United) list, which, it believes, will have more candidates from the backward castes.

The party has still not forgotten when Nitish Kumar, then its rival, and Lalu Yadav had released their entire list for the 2015 election, putting the BJP-led coalition on the back-foot because their candidates were mostly from the backward caste.