"Who Will Say No To Him?": Raj Babbar On Robert Vadra Joining Congress

Raj Babbar said Robert Vadra is part of the Congress family and no one will oppose his inclusion if he chooses to join the party. 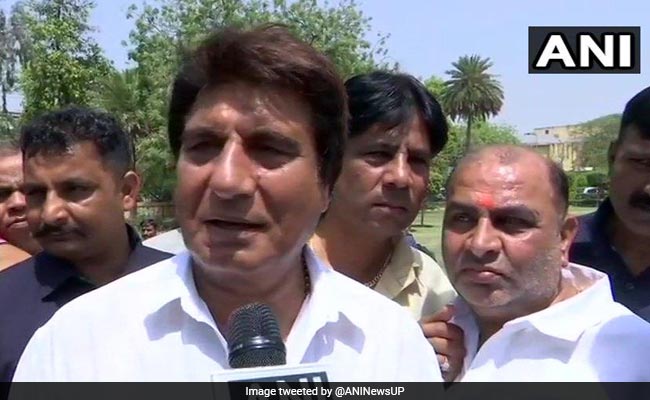 Raj Babbar said if Robert Vadra wishes to join the party then the party will definitely think about it.

Uttar Pradesh Congress chief Raj Babbar today said Robert Vadra, the brother-in-law of Congress chief Rahul Gandhi is part of the family and no one will oppose his inclusion if he chooses to join the party. Mr Vadra, corruption allegations against whom have long drawn BJP taunts, had expressed a wish to join "public service" days after his wife Priyanka Gandhi Vadra was inducted into active politics. Last week, he and his two children were seen seated on a truck at a rally Rahul Gandhi held in Amethi after filing his nomination papers.

The Congress has not commented about the aspirations of Mr Vadra, who is being questioned by the Enforcement Directorate in a money laundering case.

Today, Mr Babbar told news agency ANI: "Agar wo (Vadra) chahenge to party unke baare mein, zaroor chahegi ki wo parivaar ka hisaa hain, party mein sammilit karne ke liye kaun mana karega unko? (If Robert Vadra wishes to join the party then the party will definitely think about it. He is part of the family, who will say no to him?)."

A month later, in March, Mr Vadra hinted he would enter active politics, saying he would like to "serve people on a bigger platform".  After the BJP heaped fresh taunts on the Congress, Mr Vadra clarified that he could join "only when only once all false accusations & allegations levied on me are cleared'.

Posters urging Mr Vadra to contest the upcoming national election had also came up in parts of Uttar Pradesh.

The agency claims that Mr Vadra, directly or indirectly, owns nine properties in London. All these were purchased between 2005 and 2010, when the UPA government was in power. Mr Vadra has said the accusations against him are part of a 'political witch-hunt".

Over the years, the Congress has refrained from commenting on the investigations, or responding to BJP taunts. But Priyanka Gandhi has made it a point to show support to her husband. During his questioning, she dropped him off or picked him up from the ED office, saying she was sending a message through it.