Lok Sabha polls: Sam Pitroda, who divides his time between the US and India, is seen as a key adviser of the Gandhis. 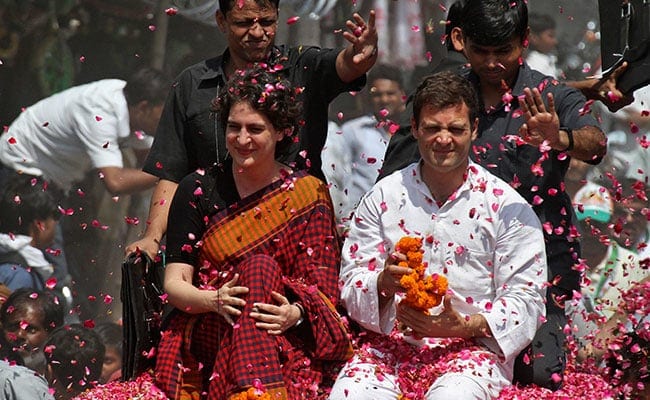 Priyanka Gandhi Vadra will complement Congress president Rahul Gandhi's efforts in winning over young voters and the brother-sister combine will be a game changer for the party in the Lok Sabha polls as the country needs a young team, technocrat-turned-politician Sam Pitroda said Sunday.

He said the Rahul-Priyanka duo will make a "great team" along with many other young leaders active in the party, including Sachin Pilot, Jyotiraditya Scindia and Milind Deora, as people who can take the country forward, rather than keeping it hung up on history and religion.

Mr Pitroda, the Indian Overseas Congress chief and a long-time friend of the Gandhi family, also said Rahul Gandhi has learnt a lot from the 2014 elections and is much more "mature, stronger, wiser", and ready to take on the job of Prime Minister.

Asked about Priyanka Gandhi's entry into active politics as AICC general secretary in-charge of Uttar Pradesh East, he said she will be a "great asset and a good politician".

"She will complement her brother's efforts. She will join him in getting young people excited, especially women. They are both young, they represent a large young team in the party, they are modern, they are tech-savvy with a healthy respect for history and new vision for the future.

"I am confident that they will attract more young people in the mainstream and that is what a young India needs," he said.

Sam Pitroda, who divides his time between the US and India, is seen as a key adviser of the Gandhis.

Asked if the Rahul-Priyanka team will be a game changer for the Congress in the Lok Sabha polls, expected in April-May, he said: "I think it will be. People will see the benefit of a younger team with a modern outlook. The country needs to look forward rather than backwards, and not get hung up on history and religion."

"But it is not just the Rahul-Priyanka combine. The party has many other young people like Sachin Pilot, Jyotiraditya Scindia, Milind Deora, to name just a few," he said.

Mr Pitroda said he is hopeful that Priyanka Gandhi's coming into active politics will have a big impact on the polls.

Priyanka Gandhi (47) and Mr Scindia (48) took charge as AICC general secretary UP east and UP west respectively last week. Sachin Pilot, 41, was made deputy chief minister of Rajasthan in December 2018 after the Congress wrested power from BJP. He as well as Milind Deora (42) and Mr Scindia had served as Union ministers in the last UPA government at the Centre.