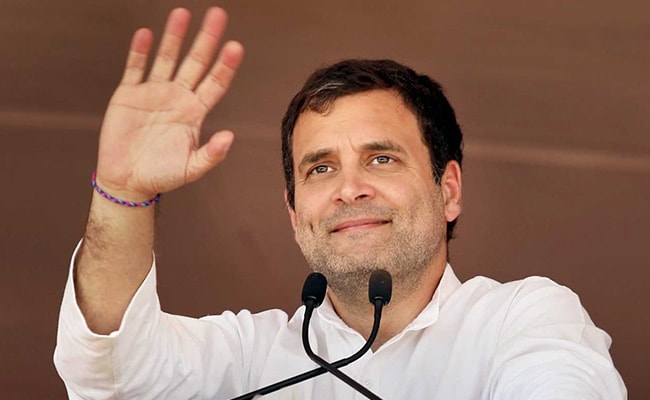 Congress sources say the decision on Rahul Gandhi contesting from Wayanad is yet to be confirmed.

There have been requests from Karnataka, Tamil Nadu and Kerala state Congress units asking party chief Rahul Gandhi to contest from their states as well, apart from his Amethi constituency in Uttar Pradesh for the Lok Sabha elections that begin next month.

Though Tamil Nadu Pradesh Congress Committee had proposed Kanyakumari as the constituency where Rahul Gandhi should contest as second seat, the Congress yesterday announced sitting MLA H Vasanthkumar as the candidate for the Kanyakumari Parliamentary constituency.

When asked about this, Congress Spokesperson Randeep Surjewala said, "Kerala Pradesh Congress Committee (KPCC) has sent their desire that Rahul Gandhi should contest from Wayanad constituency. We thank them for the love and respect, Rahul ji has always said that Amethi will remain his Karam bhoomi. Rahul ji will positively consider the request of KPCC."

Congress sources say, "Requests have come from Karnataka, Tamil Nadu and Kerala but no decision have been taken yet. If Rahul Gandhi decides to contest on a second seat for upcoming Lok Sabha Elections, then the constituency for Rahul Gandhi will be decided in the Central Election Committee meeting".

Though the Congress has already nominated Kozhikode district Congress president T Siddique to contest from Wayanad, news agency IANS quoted senior Congress leader Oommen Chandy as saying Mr Siddique has already been informed about this and he has welcomed it.

The Wayanad seat was formed in 2009 and is one of the strongest constituencies for the Congress. Both in 2009 and 2014 it was won by senior Congress leader MI Shanawaz, but he died last year and since then the seat has been lying vacant.

Wayanad is a hilly district located in North Kerala that shares borders with both the neighbouring states of Karnataka and Tamil Nadu.