As part of his election campaign, Rahul Gandhi interacted with students in Maharashtra's Pune today. 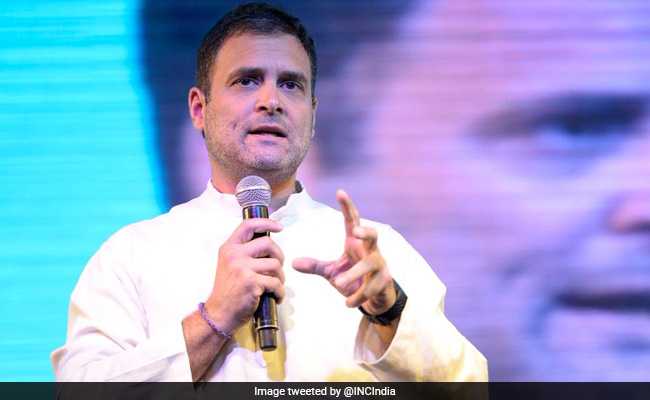 PM Modi does not appreciate questions because of this "I know everything" attitude, Rahul Gandhi said.

Congress chief Rahul Gandhi said today that Prime Minister Narendra Modi has an "I know everything" problem because of which he does not appreciate questions directed at him and avoids public functions where he would have to answer "uncomfortable" questions.

As part of his election campaign, Rahul Gandhi interacted with students in Maharashtra's Pune today.

"I have come here, there are 7,000 students here and you are asking me whatever questions you have and there will be some questions which will make me uncomfortable, but I will still deal with them," he said.

"It is an attitude that ''I know everything and nobody (else) knows anything''. And that is the problem. It is not with Prime Minister only, it is at every level, we do not appreciate questions," he said.

Encouraging students to ask questions, he said only when a person raises a query that everyone gets an answer.

Rahul Gandhi said he is a political leader and there is nothing wrong in making him uncomfortable by asking probing questions.

Further in the discussion, the Congress chief rued that the Indian education system does not encourage students to ask questions. "In our (education) system, we do not appreciate questions. In our system, teacher says and student listens. We need to move from memorisation-centric system to question-answer system, where teacher has to be made uncomfortable so that he can seek answers to questions," he said.

"We have absolutely the most brilliant students in the world and frankly we have a reputation not because what it (the education system) does, but what you do," he said.