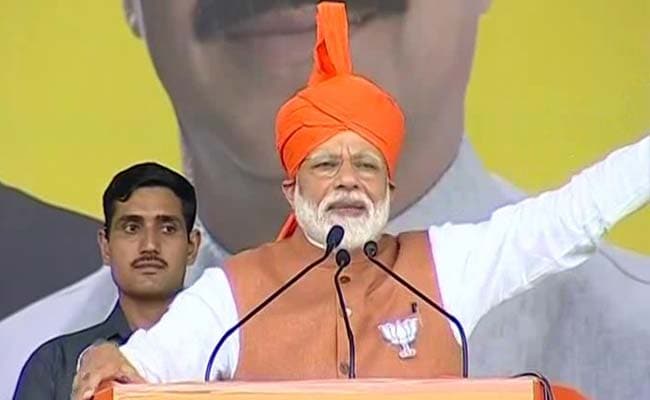 Prime Minister Narendra Modi in Uttarakhand said he did not witness any development before 2014, saying the Congress was responsible for the corruption lack of development, migration from Uttarakhand villages.

Earlier, in Meerut, Prime Minister Narendra Modi attacked the opposition while keeping the focus on a strong government, saying his administration had shown the courage to conduct a surgical strike in all spheres -- land, sky and space. The contest is between a "a decisive government and an indecisive past", PM Modi said at a rally in this western Uttar Pradesh town a day after announcing that India had demonstrated anti-satellite missile capability by shooting down a live satellite.  He said the country''s 130 crore people had made up their minds that the NDA would return to power.  "... India has made up its mind who to vote for... For proof, see the large number of people attending this rally," he said amid loud applause from the gathering. Calling himself the nation''s ''chowkidar'', Modi said, "It was this chowkidar's government that had the courage to conduct surgical strikes on land, sky and space. India should develop, India should be secure from enemies." The country is, for the first time, witnessing a government that knows how to deliver, he said.

Later in the day PM is will be visiting  Akhnoor (Jammu and Kashmir) . All these seats in the three states are scheduled to go for Lok Sabha polls in Phase-1 of the elections on April 11, 2019.

Here are the highlights of the 2019 Lok Sabha elections:

Mar 28, 2019 17:56 (IST)
After the air strikes in Balakot, unfortunately, a few Congress leaders as well as a few leaders from PDP and NC gave statements which were hailed in Pakistan! How can anyone accept such statements, says PM Modi
Mar 28, 2019 17:56 (IST)
What has puzzled me is the Congress' attitude nowadays. Is it the same Congress that Sardar Patel was a part of? Is it the same Congress that Netaji Subhas Chandra Bose was a part of and fought for India's independence: PM Modi in Jammu 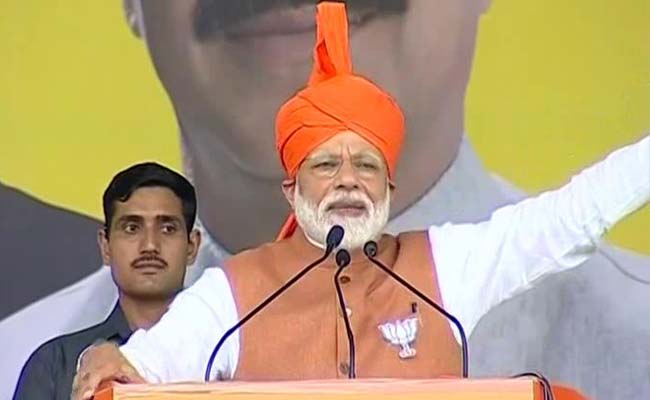 Rahul Gandhi On NYAY Scheme: PM Modi Demonetised India, We'll Remonetise It
Congress president Rahul Gandhi today said that his party's election promise of a minimum income guarantee scheme for the poor is aimed at fixing the "damage" caused by the Narendra Modi government to the country's economy through ill-considered initiatives such as demonetisation and the Goods and Services Tax (GST)
Mar 28, 2019 17:52 (IST)

For BJP, Congress's Urmila Matondkar Suggests A Shortcut To "Vikas"
Congress's newest leader, actor Urmila Matondkar, today attacked the systematic trolling that has vitiated the social media, saying had the money been spent on development, it would have benefitted the country
Mar 28, 2019 17:35 (IST)

Lok Sabha Elections 2019: Shatrughan Sinha Heads To Congress, Says "I'm A Supporter Of Nehru-Gandhis"
Actor-turned-politician Shatrughan Sinha, who refused to quit the BJP for years despite a relationship best described as "complicated", has finally decided to join the Congress. His meeting with Congress president Rahul Gandhi and their photo together confirmed what had been brewing for days.
Mar 28, 2019 17:02 (IST)
PM Modi in Uttarakhand
Mar 28, 2019 15:29 (IST)
He says:
Mar 28, 2019 15:28 (IST)
Amit Shah addresses rally in Kaliabor, Assam. 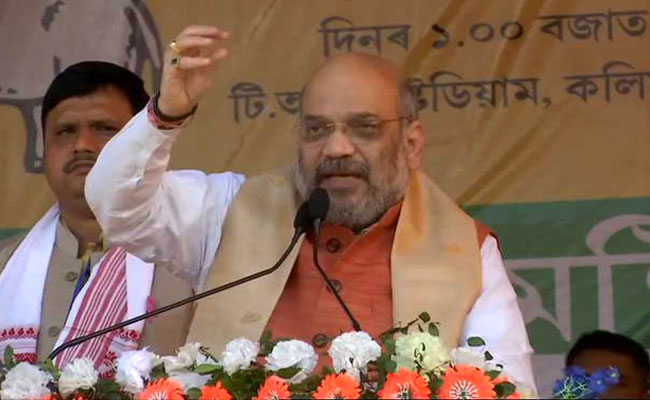 No matter where she goes, she's showered with love.

Mar 28, 2019 11:18 (IST)
Hitting out at Prime Minister Narendra Modi, Karnataka chief HD Kumarasway says that the IT raids carried out on Congress and JD(S) leaders in the state are Modi's 'real surgical strikes'. "Highly deplorable to use govt machinery, corrupt officials to harass opponents during election time," he tweets.
Mar 28, 2019 11:07 (IST)

The EC has formed a committee to examine the content of PM's address yesterday but the real issue is why & how the PM addressed the country without its prior permission. It is the gross misuse of power & machinery for the electoral benefits. EC must act in an exemplary manner.

Mar 28, 2019 10:16 (IST)
PM Modi, made an official announcement on his rallies for the upcoming Lok Sabha elections starting today from Meerut (Uttar Pradesh), Rudrapur (Uttarakhand) and Jammu (Jammu and Kashmir).

Over the next few days, I would be travelling across the country seeking your support for the upcoming Lok Sabha polls.

Today, I would be addressing rallies in Meerut (UP), Rudrapur (Uttarakhand) and Jammu (J&K).

Watch the rallies live on the NaMo App.

Mar 28, 2019 10:05 (IST)
A panel of the Election Commission that is looking into the opposition's allegations of poll code violation by Prime Minister Narendra Modi is likely to submit its report to the watchdog today, sources told NDTV. The Election Commission is also likely to take a decision on the report today.
Mar 28, 2019 09:51 (IST)
Bollywood actor-turned-politician Shatrughan Sinha, who has been associated with BJP for about three decades, will join Congress today, a senior party leader said in Bihar capital Patna on Tuesday.
"Shatrughan Sinha will join Congress in New Delhi on March 28 at 11.30 am ... He will be our candidate from Patna Sahib", chairman for the state Congress election campaign committee Akhilesh Prasad Singh told reporters. Mr Sinha is a two-term BJP Lok Sabha member from Patna Sahib Singh but has been dropped by the party which has chosen to field union minister Ravi Shankar Prasad from the seat.
Mar 28, 2019 09:48 (IST)
Prime Minister Narendra Modi is set to launch the Lok Sabha polls campaign with three public addresses today. PM Modi will hold rallies in Meerut (Uttar Pradesh), Rudrapur (Uttarakhand) and Akhnoor (Jammu and Kashmir).