"Congress tried to push Goa towards instability, when Manohar Parrikar was unwell,"PM Modi said at a rally in Panaji today. 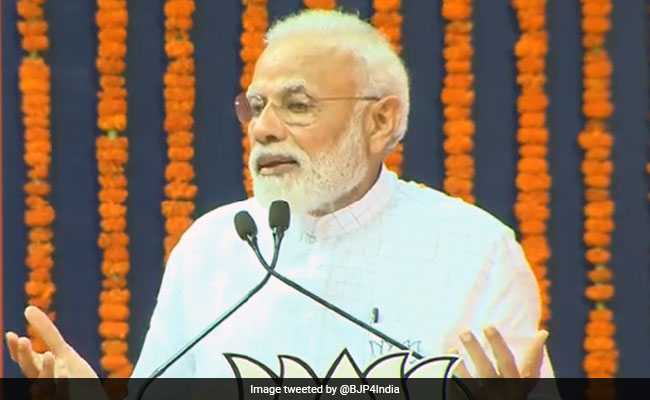 At a rally in the capital Panaji, PM Modi paid tributes to the late leader and spoke of his contribution as Union Defence Minister, especially during the surgical strike of September 2016.

"Congress tried to push Goa towards instability over Parrikar's health. When he was battling death, these people went to the Raj Bhavan, thinking this was their chance to grab power," PM Modi said.

During Manohar Parrikar's prolonged illness, the Congress had staked it claim to form the government in Goa.

"The kind of statements made by the Congress when Parrikar was ill were not in keeping with the culture of Goa and of the country," he said.

Recalling his association with Goa, PM Modi said that he was chosen as prime ministerial candidate at the BJP executive meeting in the coastal state in 2014.

"I have come to you when the country's tallest leader and my friend Manohar Parrikar is not with us," he said. The country carried out the surgical strike during his tenure. He laid the foundation for new India," PM Modi said,

"I am proud that with Parrikar, we could give a new direction to the country's defence doctrine," PM Modi said