"I Belong To Caste Of Poor": PM Modi Hits Back At UP Alliance

"I was born in a backward caste. I was born poor but worked relentlessly for removing poverty," PM Modi said at a rally in UP. 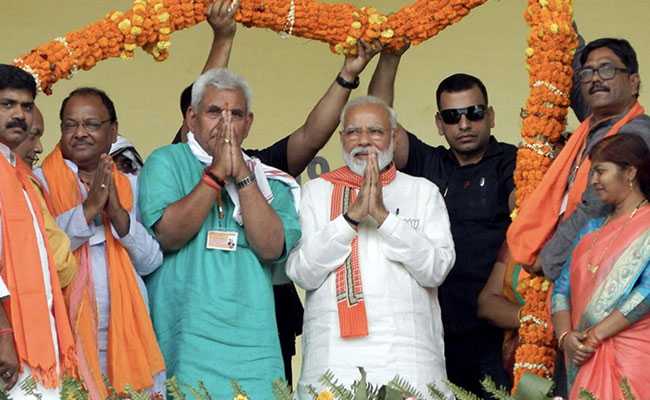 " I belong to whatever caste the poor belong to," PM Modi said. (PTI)

Prime Minister Narendra Modi today attacked the opposition alliance in Uttar Pradesh for frequently raising questions about his caste, saying that he belongs to the caste of all the poor people in the country.

"They (the opposition alliance) have started a new thing about my caste, I want to tell them that Modi belongs to whatever caste the poor belong to," PM said at a rally in UP today, in reference to Mayawati's "farzi (fake) backward comment.

"I was born in a backward caste. I was born poor but worked relentlessly for removing poverty. To those asking for my caste certificate, my only caste is poverty. I have been the longest serving CM of Gujarat and also the Prime Minister. You can see my bank account and show me if there is any bungalow in my name," he added.

PM Modi also sharpened his attack on the UP alliance. "They have destroyed Uttar Pradesh, now the SP and the BJP have come together to save themselves from destruction."

Hitting out at the Congress over Sam Pitroda's "hua to hua" remark on the anti-Sikh riots, he said, "It shows the character and mentality of the party. It reflects the arrogance of the Congress," he said.