PM Modi's last two rallies in the Karnataka's northern region coincide with the first phase of polling on April 18 in 14 seats in the state's central and southern regions. 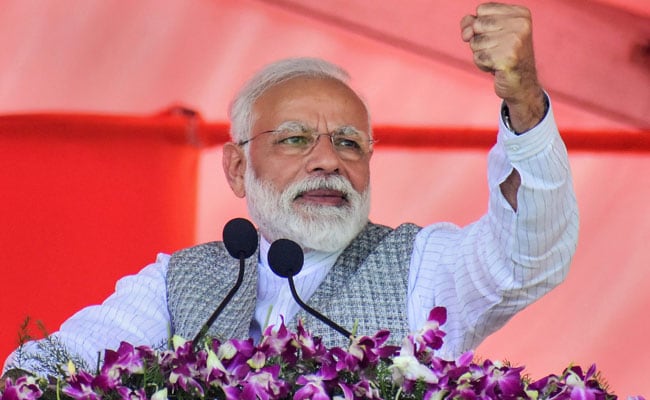 BJP is betting on PM Modi's popularity to win at least 20 seats from Karnataka. (File)

Prime Minister Narendra Modi will address seven public rallies over the next 10 days to campaign for BJP candidates in Karnataka where elections to 28 Lok Sabha constituencies will be held on April 18 and 23, it was announced on Monday.

"PM Modi launches his first rally on Tuesday at Chitradurga followed by another at Mysuru in the evening. He will address three rallies at Koppal, Mangaluru and Bengaluru on April 13 and the remaining two at Bagalkot and Chikkodi on April 18," BJP leader G. Madhusudhan told IANS.

Polling in the remaining 14 seats are in the state's coastal and northern regions on April 23. Vote count in all the 28 seats is on May 23.

The BJP is contesting in 27 parliamentary seats and supporting multi-lingual south India actor Sumalatha Ambareesh, an Independent, from Mandya, about 100 km from Bengaluru, against Nikhil Gowda of the Janata Dal-Secular.

"The location and venue of the rallies have been decided to ensure Modi reaches out to the maximum electorate in the state's all the three regions and from where most of our candidates had won in the last two general elections in 2014 and 2009," said Mr Madhusudhan.

As the party won 17 of the 28 seats in the 2014 general elections, it has re-nominated most of the outgoing members except in Bangalore South, Belgaum and Koppal.

The party is betting on PM Modi's popularity to win at least 20 seats from the state.

"As PM Modi has to campaign for the party across the country till May 17, we are unable to get him for more rallies in the state although he had addresses two rallies at Hubli on February 10 and Gulbarga on March 6 before the elections were announced," said Mr Madhusudhan.