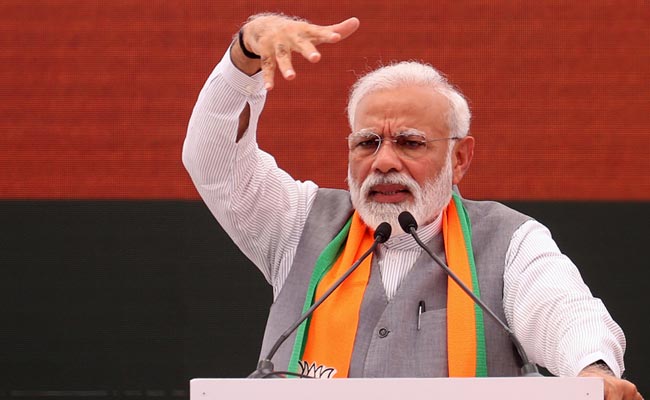 Prime Minister Narendra Modi will hold multiple campaign rallies for Bharatiya Janata Party candidates in Chhattisgarh and Odisha today, while Congress president Rahul Gandhi will start his poll campaign in Kerala. Mr Gandhi will address election rallies in Kollam and Alapuzha. Today is the last day of campaigning for the second phase of Lok Sabha Elections 2019.

Meanwhile, Home Minister Rajnath Singh will file his nomination papers in Uttar Pradesh capital Lucknow today for the Lok Sabha polls. The opposition is yet to come up with a candidate against him, which begs the question whether the former BJP president, who is seeking re-election from Lucknow, will have a walkover on the prestigious seat held in the past by stalwarts like former prime minister Atal Bihari Vajpayee. Nominations close in two days for Lucknow, where voting will take place on May 6.

Here are the highlights of the Lok Sabha elections 2019 :

Apr 16, 2019 22:20 (IST)
Why No Raids Conducted At Tamilisai Soundararajan's Residence: MK Stalin
DMK Party Chief MK Stalin says, "Crores and crores of rupees are kept in Tamilisai Soundararajan's (BJP Tamil Nadu Chief's) residence, why no raids there? Modi is using IT, CBI, Judiciary and now Election Commission to interfere in elections. They are doing this as they fear losing."
Apr 16, 2019 22:07 (IST)
After raid at Kanimozhi's house, IT and Election officials find nothing at her house in Thoothukudi. Officials say the information received was false.
Apr 16, 2019 22:05 (IST)
DMK workers protest IT raids conducted at leader Kanimozhi's house. 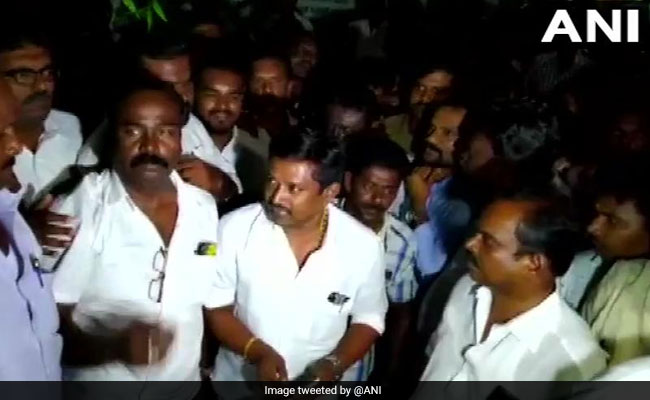 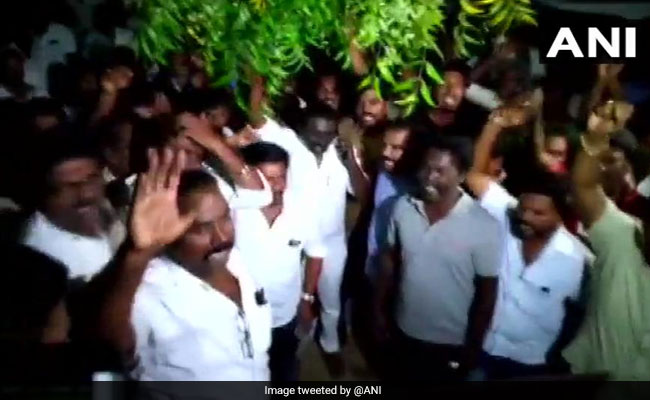 Apr 16, 2019 20:59 (IST)
DMK leader Kanimozhi's home raided by income tax officials.
Apr 16, 2019 20:17 (IST)
Bangladesh Actor Ferdous Ahmed to be sent back for campaigning in Bengal
Famous Bangladeshi actor Ferdous Ahmed will be sent back and blacklisted for violating his visa conditions by campaigning for the Trinamool Congress in West Bengal, the Home Ministry said on Tuesday.
Apr 16, 2019 19:56 (IST)
Lok Sabha Elections in Vellore constituency stands cancelled: ECI
Polling in Tamil Nadu's Vellore Lok Sabha constituency has been cancelled, the Election Commission said today, after a large sum of cash was allegedly seized from a DMK candidate's office a few days ago. Vellore was to go to polls on Thursday, along with 38 other seats of Tamil Nadu.
Apr 16, 2019 19:25 (IST)
Sheila Dikshit may contest Lok Sabha Polls from East Delhi, say sources.
Apr 16, 2019 17:54 (IST)
This (AIADMK-BJP) is an inefficient alliance. Remember it's these same people who brought GST, promising that rates of essential things will come down but can you tell me, rates of which things have come down?: DMK chief MK Stalin in Tiruvarur, Tamil Nadu. 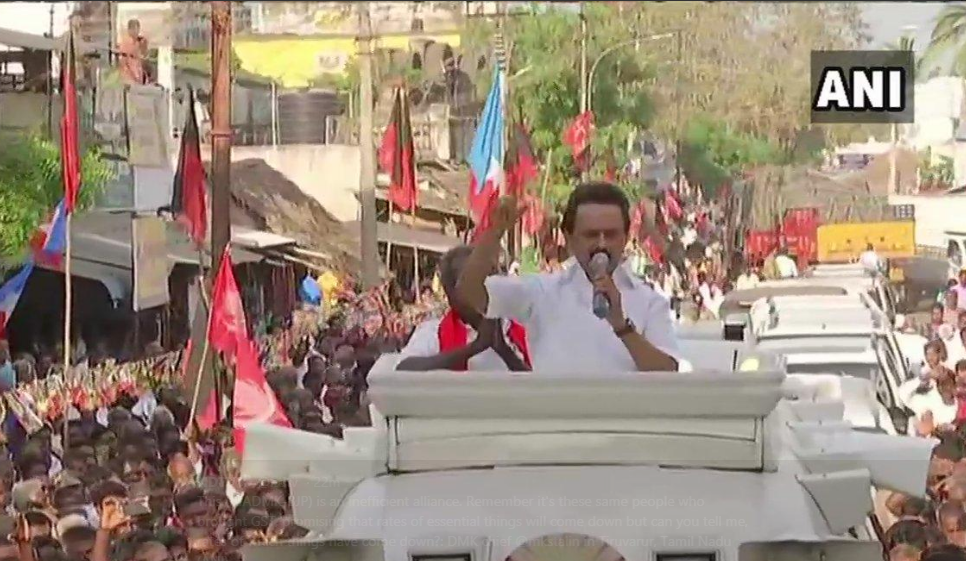 Apr 16, 2019 16:42 (IST)
Ravidas Mehrotra of Samajwadi Party says, "Poonam Sinha ji (wife of Shatrughan Sinha) will be the SP-BSP-RLD candidate from Lucknow. She will file nomination on April 18. We appeal to the Congress that do not field your candidate from there so that BJP can be defeated." 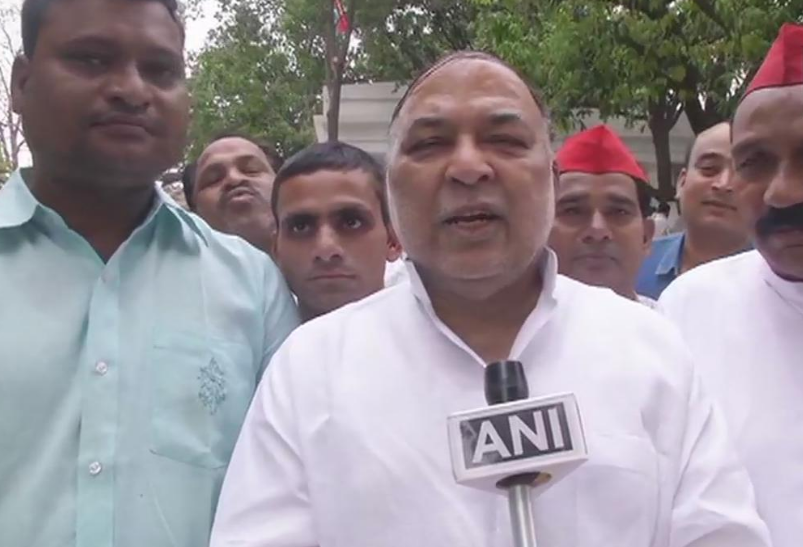 Apr 16, 2019 12:40 (IST)
Prime Minister Narendra Modi began his Sambalpur rally by acknowledging the "enthusiasm" of the people. "In such hot weather, such a huge crowd, such enthusiasm; pictures of these rallies are giving sleepless nights to others. People are supporting us because they want a strong government."
Addressing a rally in western Odisha, he said, "Only 15 paise of a rupee would reach the poor during the UPA rule, the rest was swindled by unscrupulous elements." Hitting out at the Congress, PM Modi said the grand old  party, during its rule, was embroiled in multiple controversies and scams.
Apr 16, 2019 11:38 (IST)
Union Minister and BJP leader Rajnath Singh holds road show ahead of filing nomination from Lucknow.

Apr 16, 2019 10:51 (IST)
Touched By Nirmala Sitharaman's Gesture: Shashi Tharoor
Congress candidate Shashi Tharoor tweeted this morning that he was touched by Defence Minister Nirmala Sitharaman's gesture of visiting him in hospital a day after he was injured during a religious ritual at a temple in Kerala's Thiruvananthapuram.
Apr 16, 2019 10:39 (IST)
Mayawati Barred From Campaigning On Tuesday And Wednesday
Mayawati has said the Election Commission's 48-hour ban on her campaigning is "murder of democracy" and alleged that the Commission appeared to have taken the decision "in haste", "under some sort of pressure". The Election Commission has given a "free hand to Amit Shah and the PM to spread hatred", she said, adding, the poll body "seems to have shut its ears and eyes when it comes to them".
The chief of Bahujan Samaj Party has been barred from campaigning on Tuesday and Wednesday for her comments while seeking votes from Muslims in Deoband last week. Mayawati had asked the Muslims not to "split votes" between the Congress and her alliance.
Apr 16, 2019 09:52 (IST)
READ| Azam Khan, Maneka Gandhi Face Campaign Ban For Poll Code Violation 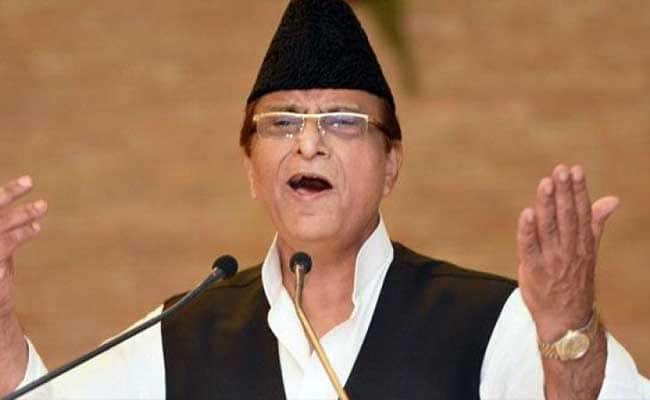 Apr 16, 2019 09:46 (IST)
Poll Body To Cancel Lok Sabha Election In Tamil Nadu's Vellore
The Election Commission today decided to cancel the Lok Sabha election in Tamil Nadu's Vellore after a large sum of cash was allegedly seized from a DMK candidate's office a few days ago, sources said. The district police had filed a complaint against the accused, Kathir Anand, as well as two party functionaries on the basis of a report from the Income Tax department on April 10.
Apr 16, 2019 09:44 (IST)
Rajnath Singh to File Nomination from Lucknow
Home Minister Rajnath Singh will file his nomination papers today. He is likely to be accompanied by senior leaders including Mahendra Nath Pandey, Uttar Pradesh deputy chief minister Keshav Prasad Maurya, Dinesh Sharma, Union ministers Hansraj Ahir, Kalraj Mishra. Mr Singh will address a gathering at the BJP office in Lucknow before going for his nomination.