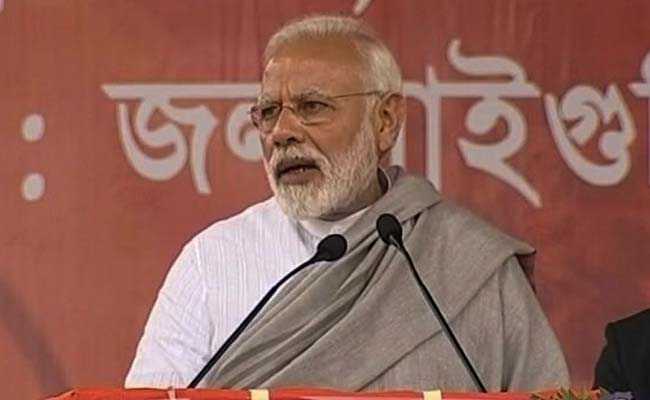 Amid escalating tensions with TMC chief Mamata Banerjee, Prime Minister Narendra Modi is addressing a rally in West Bengal today, giving a fresh thrust to the BJP's campaign blitzkrieg ahead of the Lok Sabha polls. The rally will be PM Modi's third in the state in a week. PM Modi's visit to the state comes amid tensions between the Centre and Mamata Banerjee's government over CBI investigations on a senior police officer in the state.

Meanwhile, Congress President Rahul Gandhi will kick off his poll campaigning in Madhya Pradesh with a farmers' rally. Mr Gandhi is expected to announce a number of sops in the agricultural sector during the 'Kisan Abhar' rally.

Both the BJP and Congress have raised their poll pitch for the Lok Sabha elections, due in May.

WATCH | "I have a very special connection with North Bengal. This connection is of tea. You people grow tea, I make tea," says Prime Minister Narendra Modi in West Bengal's Jalpaiguri

While speaking at the rally. PM Modi announced that workers employed in tea plantation fields will now be entitled to a pension. This scheme would benefit over 40 crore workers in the unorganized sector.
Feb 08, 2019 16:13 (IST)
PM Modi hits out at West Bengal government
The law and order situation in North Bengal has worsened over the years. Industries were not developed, youth are migrating, and projects of schemes are stalled, but all this doesn't bother the West Bengal government
Feb 08, 2019 16:07 (IST)
PM Modi in West Bengal's Jalpaiguri:
People in Jalpaiguri will no longer have to go to Kolkata for legal help. They will now get that facilities right here
You people grow tea... I make tea. And it often makes me wonder... Why does Didi (Mamata Banerjee) is not fond of the chaiwallahs''.
Feb 08, 2019 15:52 (IST)

Prime Minister Narendra Modi In Chhattisgarh: Most Of The Gandhi Family Out On Bail
In his maiden public rally after the Bharatiya Janata Party (BJP) lost power in Chhattisgarh last year, Prime Minister Narendra Modi today said top Congress leaders are embroiled in legal tangles."
Feb 08, 2019 14:32 (IST)
Ahead of his visit, PM Modi said that the state has seen a massive increase in support for the BJP.
"During my recent visits to West Bengal, I have been seeing the massive support for BJP. The people of West Bengal realise that only BJP can fulfill their dreams and aspirations, PM Modi tweeted.
Feb 08, 2019 14:30 (IST)
PM Modi will address a public meeting in Mainaguri in the afternoon. The rally will be his third rally in West Bengal in a week.
Feb 08, 2019 12:08 (IST)
"The first thing they (Congress government) did was to remove Chhattisgarh from 'Modicare' and second decision was to not let the CBI enter the state, Why? What are you afraid of," asks PM Modi
Feb 08, 2019 12:03 (IST)
"When new government was formed in Chhattisgarh, we also congratulated them that maybe they will implement some new approach for the development of the state. But what they have only done is try to stop the ongoing schemes," says PM
Feb 08, 2019 11:59 (IST)

Speaking to my sisters and brothers of Chhattisgarh. Watch the rally in Raigarh. https://t.co/gVvoG0CRKU

Feb 08, 2019 11:26 (IST)
Former French President has admitted that he was made to choose Anil Ambani: Rahul Gandhi 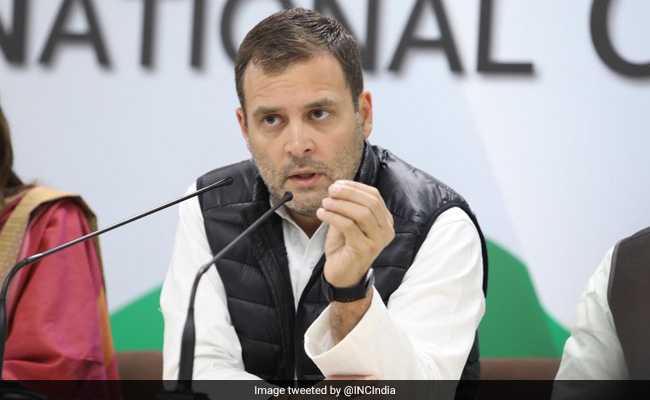 I'd like to see how this one is explained by the talking heads aligned to the BJP. @PMOIndia "weakened the negotiating position of the Ministry of Defence & the Indian Negotiating Team" as per this note in a MOD file that went up the the Defence Minister. pic.twitter.com/xnqXM4s8Mr Feb 08, 2019 10:58 (IST)
Rahul Gandhi denies talking about the jet deal with Manohar Parrikar.
"No, I did not speak about Rafale with Manohar Parrikar when we met recently. It would be inappropriate for me to discuss this at such a time (when he is unwell)," he says.
Feb 08, 2019 10:56 (IST)
""It is desirable that such discussion is avoidable by the PMO, as such discussion affects our negotiations"... these are the quotes of the defence ministry. When an officer puts this in writing, it makes it very clear as to what is happening," says Mr Gandhi.
Feb 08, 2019 10:53 (IST) Feb 08, 2019 10:44 (IST)
"Today in the Hindu newspaper, it is absolutely black and white, that the prime minister himself was carrying out a parallel negotiation with the French," says Rahul Gandhi
Feb 08, 2019 10:42 (IST)
Rahul Gandhi is addressing media on Rafale jet deal.
Feb 08, 2019 10:31 (IST)
He will visit West Bengal later in the day. PM Modi will visit Jalpaiguri to lay the foundation stone of national highway. This 41.7 km long section of National Highways falls in the Jalpaiguri district in West Bengal, and will be constructed at a cost of about Rs 1,938 Crore.
Feb 08, 2019 10:28 (IST)
PM Modi will address a public meeting in Chhattisgarh's Raigarh.
"I would be sharing my thoughts on a wide range of subjects during the programme," PM Modi tweeted.
Feb 08, 2019 09:59 (IST)

Congress President, Sh. Rahul Gandhi will nail the lies of PM Modi on #Rafale in the Spl AICC PC at 10.15 AM today at 24, Akbar Road, New Delhi. 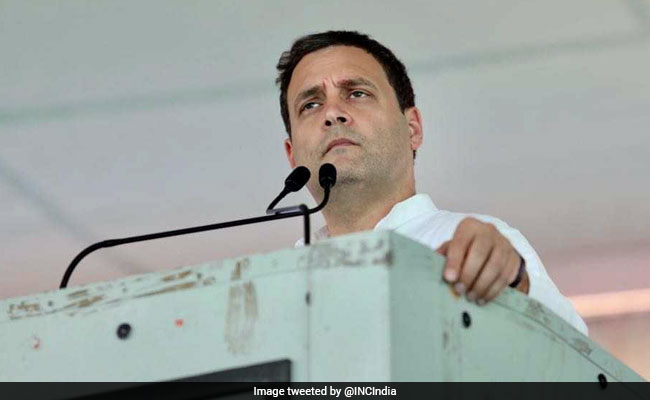 The Congress president has repeatedly attacking the Modi government over the purchase of the Rafale jets, alleging that the deal had caused a loss of Rs. 36,000 crore to the state exchequer.
Feb 08, 2019 09:46 (IST)
Rahul Gandhi is expected to hold a press conference on Rafale fighter jets deal at 10:15 am.
Feb 08, 2019 09:41 (IST)
With the Lok Sabha elections months away, PM Modi has increased the number of public meetings across the country. Apart from West Bengal, PM Modi is expected to address rallies in Chhattisgarh and north-eastern states.

Today and tomorrow, I will be joining programmes in Chhattisgarh, West Bengal, Assam, Arunachal Pradesh and Tripura.

Looking forward to interacting with the people of these states.