In insurgency-hit areas, AFSPA allows soldiers to arrest, use force and even open fire on anyone breaking the law. But over the years, there have been allegations of excesses, including extra-judicial killings. 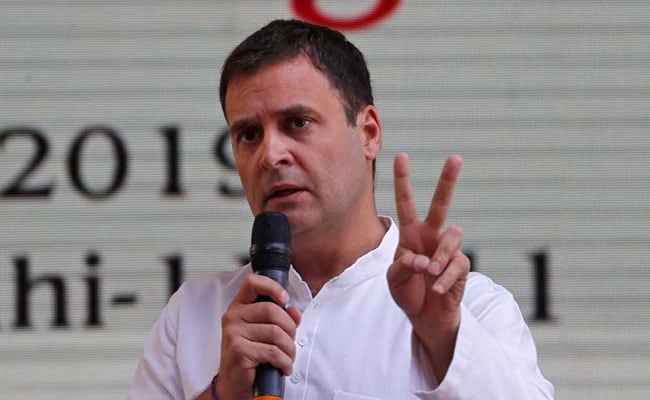 In its manifesto, Congress said if it is voted to power, it would amend AFSPA

The Congress promise on the controversial Armed Forces' Special Powers Act has triggered a huge political controversy, with the BJP accusing the party of catering to terrorists and anti-nationals. The party has promised to amend the law that gives special powers to soldiers in conflict zones, taking into account humanitarian issues.

In insurgency-hit areas, AFSPA allows soldiers to arrest, use force and even open fire on anyone breaking the law. But over the years, there have been allegations of excesses, including extra-judicial killings, from locals and activists in Jammu and Kashmir and pockets of the northeast where the law is in force. In Manipur, activist Irom Chanu Sharmila held a fast for 16 years in protest against AFSPA.

In a landmark judgment of 2017, the Supreme Court discouraged the use of excessive force and ordered the government to investigate every allegation of excess. Last year, the centre considered changes in the law that would no longer allow soldiers to use extreme force in disturbed areas.

In its manifesto, the Congress said if it is voted to power, it would "Amend the Armed Forces (Special Powers) Act, 1958 in order to strike a balance between the powers of security forces and the human rights of citizens and to remove immunity for enforced disappearance, sexual violence and torture."

For Jammu and Kashmir, where political parties and civil society have repeatedly demanded the withdrawal of AFSPA, the manifesto said: "The Armed Forces (Special Powers) Act and the Disturbed Areas Act in Jammu and Kashmir will be reviewed. Suitable changes will be made in the text of the laws to balance the requirements of security and the protection of human rights".

But the BJP, which after the terror attack in Pulwama, has built its campaign around national security, has heaped criticism on the Congress for the promise.

"Even though there was a drafting panel, it appears some of the points have been drafted by Congress President's 'tukde-tukde' friends when it deals with Jammu and Kashmir and national security," Union minister Arun Jaitley said. "Being involved in terror will no longer be a crime. The party which says this does not deserve a single vote".

At a rally in Tamil Nadu, BJP chief Amit Shah said, "I want to ask the Congress chief -- does he want to strengthen the armed forces or is he trying to demoralise them? What message does he want to give on AFSPA?"

National Conference chief Omar Abdullah called out the BJP over its stance. "When the BJP talks about doing away with AFSPA (as it did in 2014) then it's a sign of nationalism. When the Congress does it then it's dangerous for the nation. Go figure," his tweet read.

Welcoming the Congress decision, Mr Abdullah, who is partnering the party in Jammu and Kashmir, said, "I wish they had talked about it when I was the Chief Minister of Jammu & Kashmir... Because I talked about removing AFSPA, but some Congress senior leaders tried to stop me".