With an unexpected "resignation" on his hands in the middle of his campaign, Nitish Kumar swung into damage control and first spoke to Bihar BJP leaders. 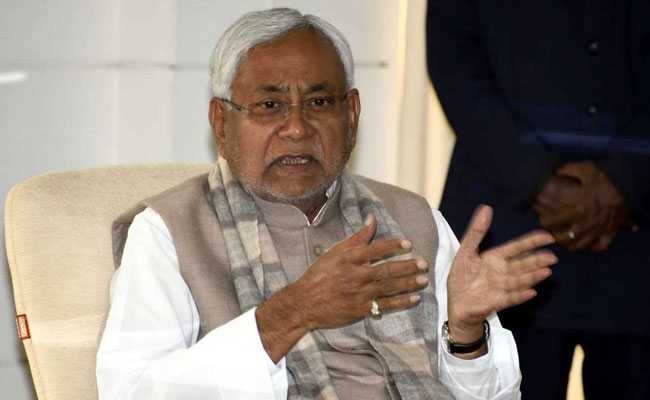 In the season of elections, when almost everyone fights for the chance to contest, Nitish Kumar and his Janata Dal United (JDU) have a curious problem. The Bihar Chief Minister has candidates actually saying 'thanks, but no thanks'.

In the latest instance, Varun Kumar, named the JDU candidate from Sitamarhi for the April-May national election, met Nitish Kumar today and returned the party symbol. A surgeon, Varun Kumar was reportedly frustrated as local leaders of the JDU and its ally BJP refused to cooperate with him.

Sources close to Dr Kumar say he "decided not to give in to blackmail" or to local leaders making demands. He wants to focus on his medical practice, the sources said.

Dr Kumar joined the state's ruling party just last month and was named one of its candidates without much resistance. He belongs to the Economically Backward Classes or EBC community, which has been represented well in the 17 seats the party is contesting in 40-seat Bihar.

With an unexpected "resignation" on his hands in the middle of his campaign, Nitish Kumar swung into damage control and first spoke to Bihar BJP leaders.

He has "borrowed" Sunil Pintu, a three-time legislator from Sitamarhi town. Sunil Pintu was considered close to Nitish Kumar. He was the state's tourism minister until 2013, when Nitish Kumar broke away from the BJP.

In the 2014 parliamentary election, a JDU candidate from Kisanganj, Asararul Haque, decided to stand down to favour a Congress candidate. He said he did not want to contest in the larger interest of the community, which triggered accusations of polarisation by the BJP.