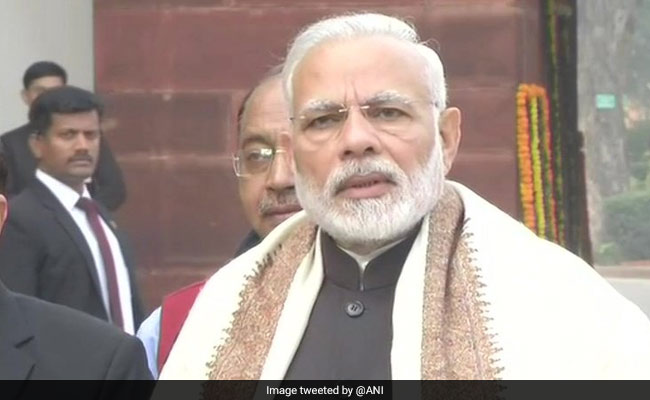 "Anyone who has the blessings of 125 crore people, why should he fear anybody, be it Hindustan, Pakistan, thieves or the dishonest. India and 125 crore people have given me this strength," PM Modi said at a rally in Karnataka.

Addressing a gathering in Kalaburagi, the Prime Minister referred to the February 26 air strike by the Indian Air Force (IAF) targeting a terror training camp in Pakistan.

"The world is witnessing a new kind of courage. It is not Modi's but that of 125 crore people of India," PM Modi said.

Calling the "mahagathbandhan" or grand opposition alliance a "mahamilavat " (mega adulteration) - a term he has been using for weeks as he campaigns for the national election due by May, PM Modi said the country wants a strong government and not a "helpless" one with a "remote-controlled" Chief Minister.

He alleged that the two parties had promised a farm loan waiver for votes but had "forgotten" the promise after taking power.

He accused the state government of doing injustice to farmers by not cooperating in the implementation of the "Pradhan Mantri Kissan Samman Nidhi", a central government scheme.

"If the state tries to create a wall, the farmers of the state will demolish it," said PM Modi.

The PM Kisan scheme announced in this year's Budget provides direct annual income support of Rs 6,000 per year in three instalments to 12 crore small and marginal farmers in the country.

The Prime Minister also said development of the Northeast was a top priority for his government.