Prime Minister Narendra Modi, who calls himself the watchman of the country, on Saturday launched #MainBhiChowkidar campaign on social media. 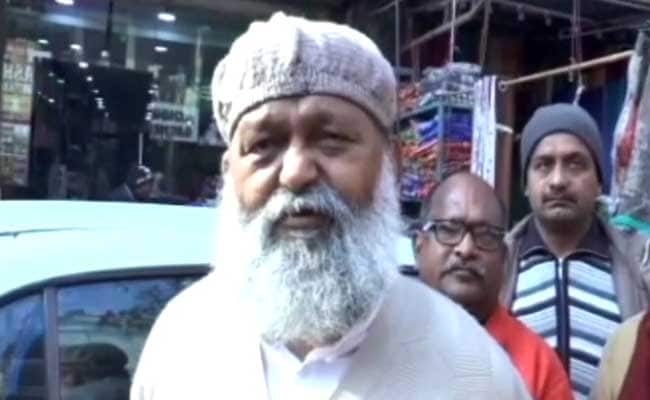 Anil Vij is a minister in BJP's Haryana government (File)

BJP leader Anil Vij On Tuesday took a jibe at the Congress over its attack on his party's leaders for prefixing "chowkidar (watchman)" before their names on Twitter, saying that if they had a problem with it, they should prefix "Pappu" before their names.

The slang"Pappu" is often used by the BJP's leaders and its supporters to mock Congress president Rahul Gandhi.

"You have a problem with us (BJP leaders) for prefixing #Chowkidar before our names. You too prefix #Pappu before your names. We won't mind that." Mr Vij tweeted in Hindi.

Prime Minister Narendra Modi, who calls himself the watchman of the country, on Saturday launched #MainBhiChowkidar campaign on social media. A day after, he changed the name of his Twitter account to "Chowkidar Narendra Modi".

Following their leader, BJP ministers and leaders swiftly prefixed 'Chowkidar' before their names on Twitter.

"My best wishes to all you chowkidars. Very pleased with your enthusiasm. Owing to your watchfulness corruption is on the wane and thieves are feeling the pain," PM Modi had tweeted.

The Congress mocked the BJP leaders for changing their names on social media. The sharpest attack, however, came from the party's newly minted general secretary, Priyanka Gandhi Vadra, who said, "Chowkidars are for the rich, not farmers."

Starting with the campaign for the 2014 national elections, PM Modi had, from time to time, called himself a "chowkidar" (watchman), referring to his role in protecting the national interest.

But the Congress has turned it into a jibe with its "chowkidar chor hai (the watchman is a thief)" campaign, accusing the Prime Minister of corruption and crony capitalism in the Rafale jet fighter deal.