The seven-phase election ends on May 19 and the results will be declared on May 23. Priyanka Gandhi Vadra said "I have never heard such rubbish".

72 parliamentary constituencies voted across 9 states on Monday marking the end of polling on fourth phase of the national election. The Election Commission said the provisional voting figure is 64 per cent. For the ruling BJP, the round was crucial, with voting beginning in Madhya Pradesh and Rajasthan - heartland states won by the Congress in assembly elections last year.

The campaigning for fifth phase will start today with both PM Modi and Amit Shah addressing rallies. PM will be in Bihar and Uttar Pradesh. BJP chief Amit Shah will be in Rajasthan on Tuesday to address three election rallies. Meanwhile, Rahul Gandhi is to campaign in Madhya Pradesh. Priyanka Gandhi Vadra, responding to the government's notice to Rahul Gandhi on a complaint alleging foreign citizenship, said today, "Everyone knows he was born and bred here".

In the fifth phase of voting, seven states comprising 51 Lok Sabha constituencies will vote on 6 May.

The seven-phase election ends on May 19 and the results will be declared on May 23.

Here are the highlights from election rallies:

Read Here: Rahul Gandhi Attacks PM Narendra Modi After Shastri Bhawan Fire, Says Burning Files Won't Save You
Congress chief Rahul Gandhi, cornered by the BJP in Supreme Court over his "chowkidar" slogan, seized the moment later in the day to hit back when a fire was reported from Delhi's Shastri Bhawan. The building in the heart of the city houses several government departments, and various files are stored there.
Apr 30, 2019 18:35 (IST)

Read Here: Lok Sabha Elections 2019: Mamata Banerjee Dares PM Narendra Modi After He Said 40 Lawmakers In Touch
Prime Minister Narendra Modi's comment that 40 Trinamool lawmakers will join the BJP, has prompted Bengal chief Minister Mamata Banerjee to issue a dare.
Apr 30, 2019 14:11 (IST)
"Rahul Gandhi Is An Indian":  Priyanka Gandhi Vadra
On Rahul Gandhi has been asked by the Home Ministry to respond to a complaint that he has foreign citizenship, Priyanka Gandhi Vadra says, "I have never heard such rubbish in my life. Every one knows Rahul Gandhi is an Indian." 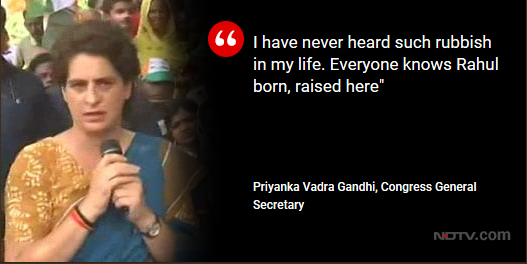 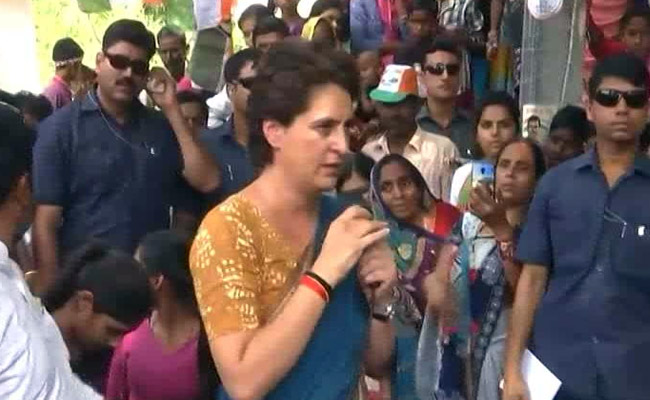 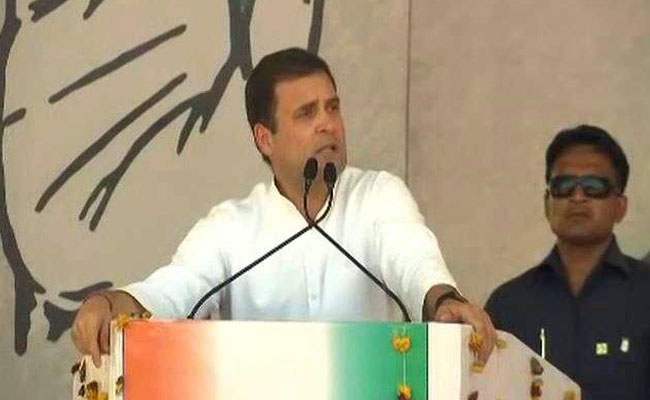 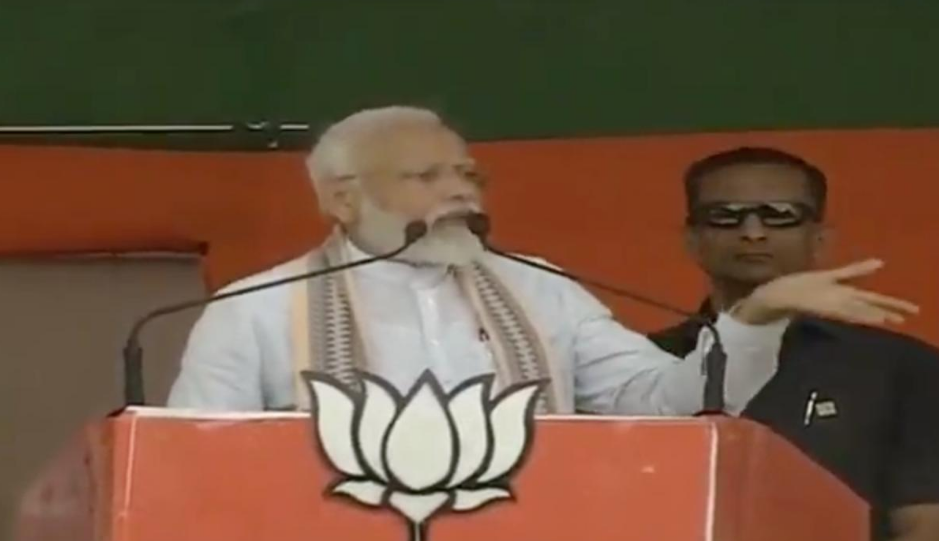