The party submitted the clip to the poll body and said that free and fair elections won't be possible as the police chief of the city was seen dancing with Lakhan Ghanghoriya. 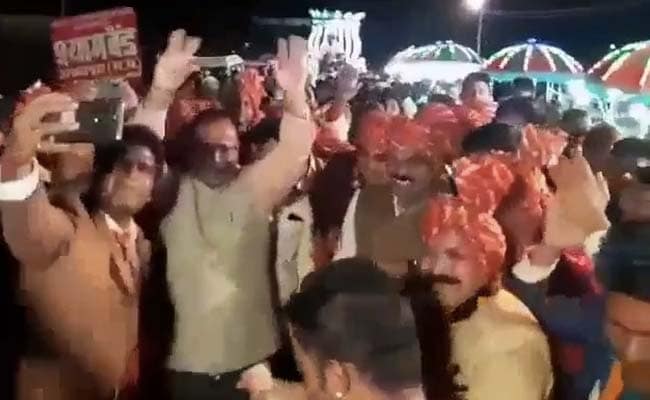 The Election Commission said the matter is being investigated (File)

The Bharatiya Janata Party has moved the Election Commission after a video of Jabalpur police chief Amit Kumar dancing with a Madhya Pradesh minister was widely circulated on social media. The party has sought removal of the officer, alleging that he violated Model Code of Conduct that came into force after the poll body announced Lok Sabha elections last week.

The party submitted the clip to the poll body and said that free and fair elections won't be possible as the police chief of the city was seen dancing with Lakhan Ghanghoriya, who is a legislator from Jabalpur East constituency.

The video was recorded at a wedding ceremony of IPS officer Vivekraj Singh's brother in Sagar last month.

"I attended the marriage function on their invitation. I was not even dancing just clapping with the family members. I had visited the ceremony on a private vehicle and informed the IG (inspector general) about the same. Madhya Pradesh minister Lakhan Ghanghoriya is a member of the host family. When he started dancing I stepped back," he said.

Interestingly, Union Minister and BJP parliamentarian Virendra Khatik is also a member from the host family and was present there along with local BJP leaders.

The BJP leaders alleged that even during the assembly polls, the officer had lodged cases under serious IPC provisions against sitting BJP legislator Anchal Sonkar to indirectly help the Congress candidate Lakhan Ghanghoriya.

Chief Election Officer of Madhya Pradesh, VL Kantha Rao, said that the complaint is being investigated.

The Jabalpur Lok Sabha seat is being represented by the state BJP president Rakesh Singh.